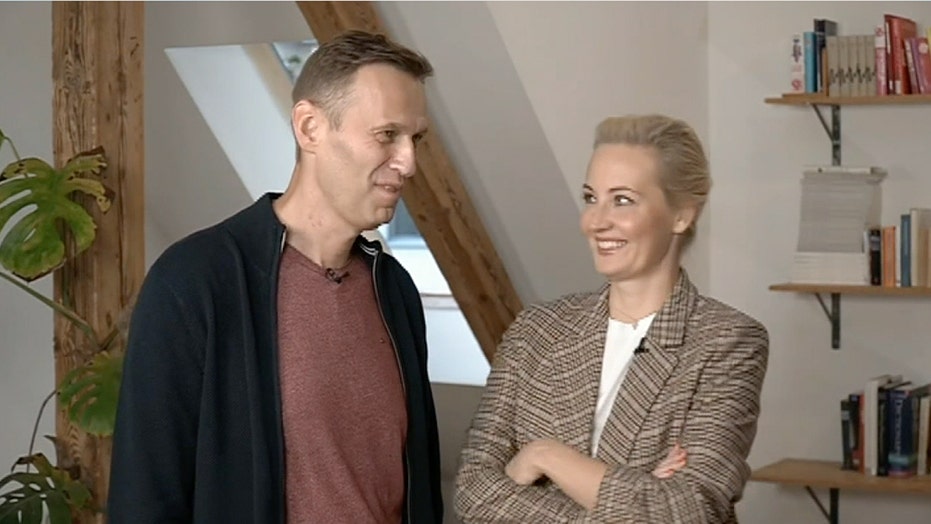 Being Navalny: Russian activist, wife reveal his brush with death

Russian YouTube star Yuri Dud's interview with the Navalnys last week was full of detail about what life is like for the family of Russia's most famous opposition figure, and how it feels to be poisoned with Novichok.

But the interview has not reached everyone who may be interested, as it is nearly two and a half hours long and in Russian.

In the interview, Alexei Navalny recounts the moments before he succumbed to poisoning.  He had just wrapped up what he considered a successful shoot for a documentary on corruption in a couple of Siberian cities ahead of local elections. 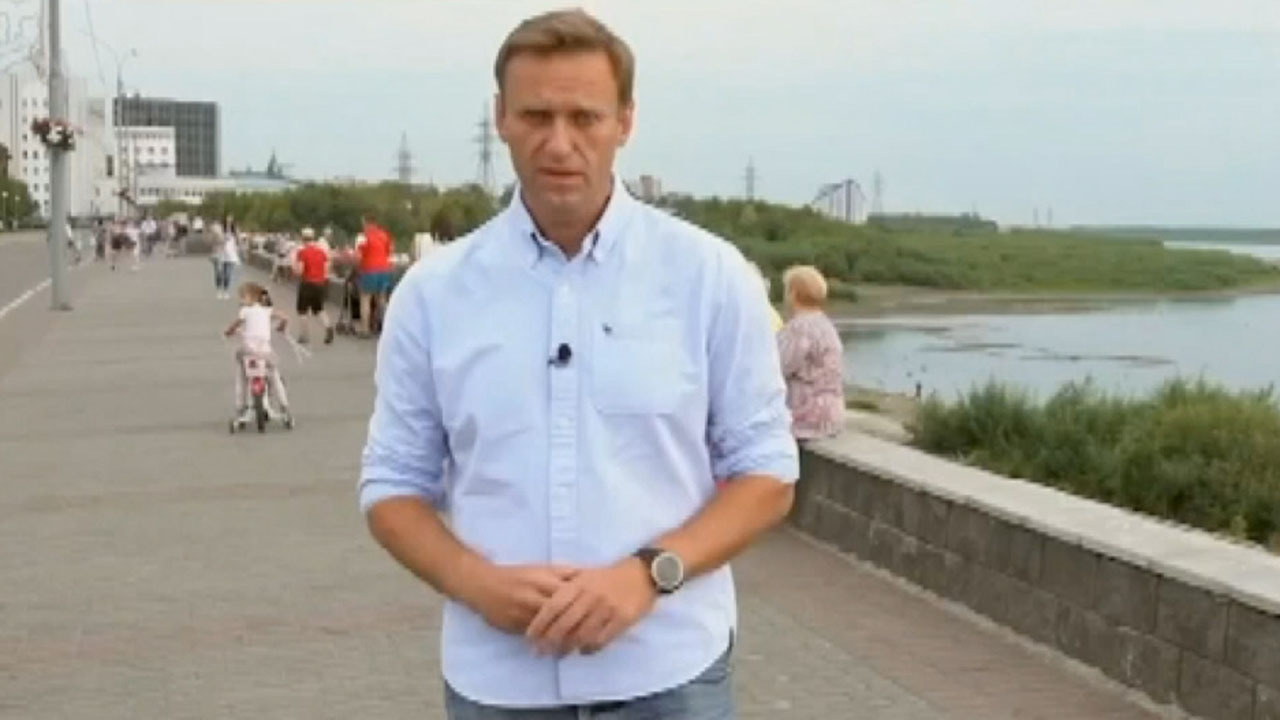 He was looking forward to relaxing on the plane for at least three hours during which nobody could bother him. He even planned a binge-watch of the animated sci-fi series Rick and Morty.  But first, he did some shopping in the Tomsk airport for Siberian sweets to bring back to his kids.

Navalny said being poisoned with Novichok isn't painful, bit gives a horrible, undefinable sensation, as though you are going under and off to meet your maker.

He has since credited his wife with getting him through this episode, with a flowery Instagram post about what love is, written shortly after he woke up from his long coma.

Yulia Navalnaya (Navalnaya is the feminine form of Navalny in Russian) was not only by his side throughout his coma, but she orchestrated spiriting him out of Russia.

But before that, she learned in the early hours of Aug. 20, that her husband had been poisoned. 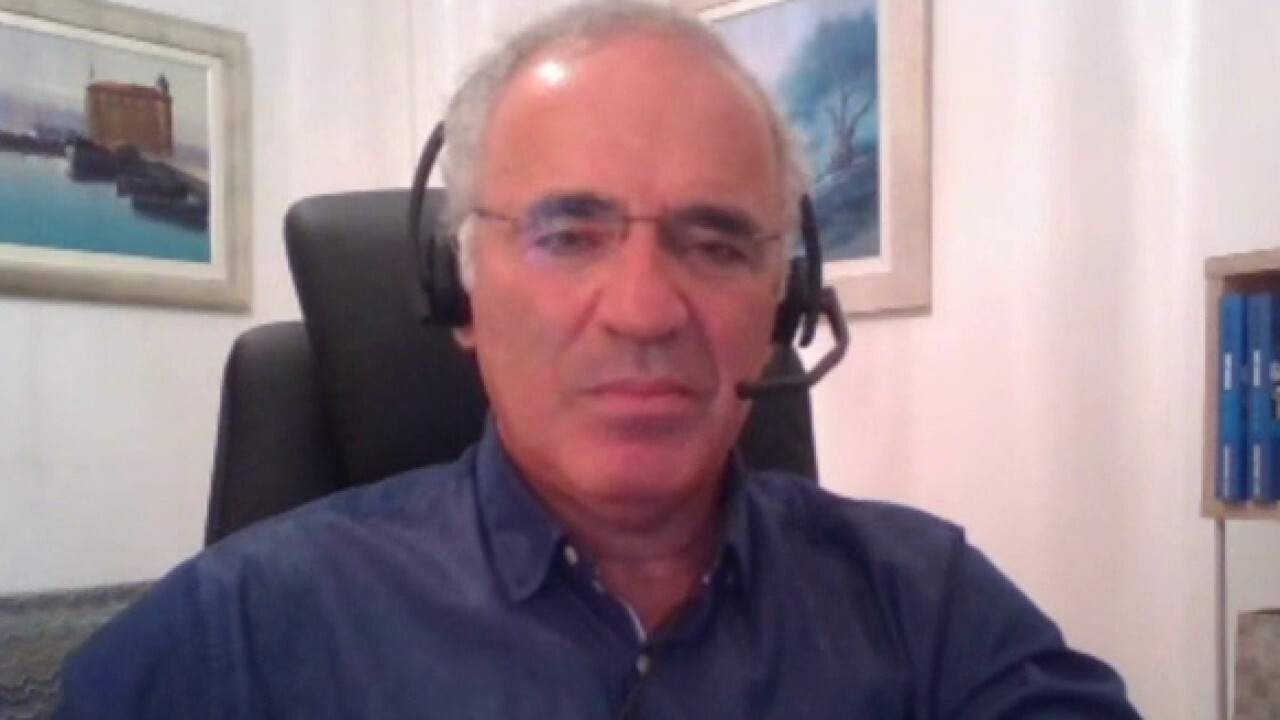 Navalny's wife of 20 years was used to getting bad news calls, yet this one was different.

She'd been preparing to pick him up at the airport when he returned from Siberia that morning.  Instead, she found herself racing to airport to fly to Omsk, where her husband's plane had made an emergency landing.

"The scariest thing," Navalnaya told Yuri Dud, "was getting on a plane and knowing it's about a four-hour flight and for that time you will be blocked from getting any information."

One of Navalny's associates Ivan Zhdanov flew with her, and Navalnaya said though she is not a chatty person, she talked to Zhdanov for the entire flight - possibly revealing all sorts of family secrets in the process because of her fear.

She said she watched Zhdanov's expression as he scrolled through his messages when they landed and let him convey any news.

ALEXEI NAVALNY'S ANTI-CORRUPTION MESSAGE CONTINUES, DESPITE POISONING, IN VIDEOS RELEASED BY HIS FOUNDATION

At the hospital, "it was horrible to see Alexei and understand that the situation was worse than I'd expected", she said. "And to see the fear of the doctors, worried about what they are telling me.  I just kept thinking, 'I have to get him out because they are not going to tell me the truth.'"

This handout photo published by Russian opposition leader Alexei Navalny on his instagram account, shows himself, centre, and his wife Yulia, right, daughter Daria, and son Zakhar, top left, posing for a photo in a hospital in Berlin, Germany.(Navalny instagram via AP)

She thinks the combination of pressure from the West, the press and the letter she wrote to Russian President Vladimir Putin created the perfect storm to affect her husband's release.  She and Navalny in Dud's interview play off each other with shared trademark humor and irony about Yulia’s voyage with her husband in a box marked "Biohazard."

Jokes aside, Dud asked her how she lives with a husband who is constantly under arrest, threat and surveillance.  Does she ever ask him to give it a break?

"Everyone always wants to hear me say that, or hint at that but no, I support what he does.  I sincerely say this.  It is not just pretty words."

Navalnaya said she would be disappointed if her husband stopped fighting to make Russia a better place.

She studied international relations and worked at a bank after graduation, but eventually gave up her career after marrying Navalny, realizing his life would be intense and political.

They have two children, a pre-teen boy, Zakhar, and daughter Dasha, who studies at Stanford University.  Navalnaya said they never really thought much about trying to get Dasha to a top school, but ended up socializing with so many people who were prepping their own kids for greatness that they began to push their daughter.

Navalny said they didn't aim to send her abroad, but just wanted the best for her.  She could have wound up in Hong Kong or even Tomsk, but he said unfortunately, Russia's institutes of higher learning don't rank in the top echelon worldwide.

Dasha Navalnaya is on a scholarship and her parents said they pay her board. Navalny makes a salary of about $70,000 from a businessman named Boris Zimin who lives outside Russia and who pays him for legal services. Navalny is a trained lawyer.

But he said in large part Zimin is supporting his activism, no strings attached, and also footed the bill for the flight to Germany for treatment.  Navalny insists that at least he is transparent and he will continue to be.

He has to pay the medical bill in Germany, but does not have the money.  Russia has frozen his accounts and he vows to be entirely forthcoming about who steps up to help him pay back Charite hospital.

"Do you know where Putin's wealth comes from?  He won't even confirm what the names of his daughters are," Navalny adds.

Navalnaya shares her husband’s views and he even suggests she may be more radical, perhaps because she has watched treatment he endured at the hands of the state.

Navalnaya like her husband is eager to return to Russia.

Amy Kellogg currently serves as a Senior Foreign Affairs Correspondent based in Milan, Italy. She joined Fox News Channel (FNC) in 1999 as a Moscow-based correspondent. Follow her on Twitter: @amykelloggfox