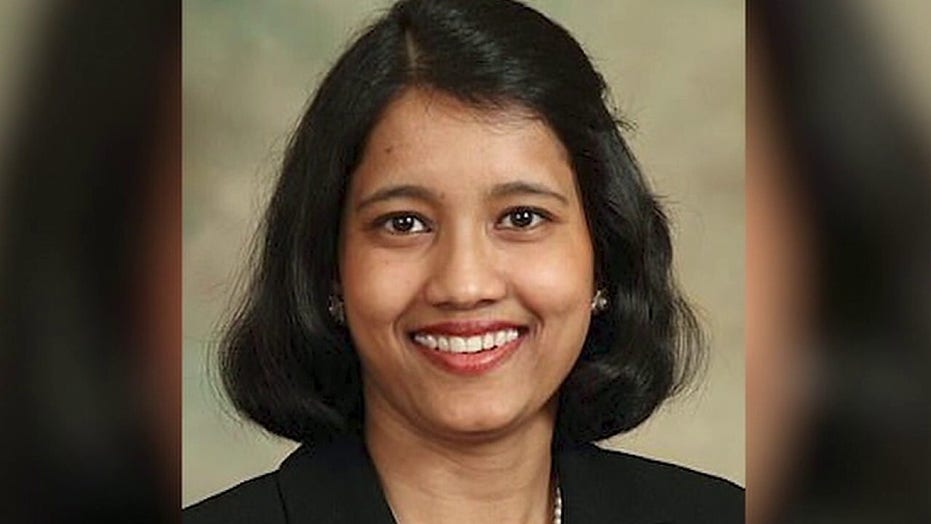 A cancer researcher and mother of two is murdered on her daily jog; Sarmistha Sen was found dead near a creek in Plano, Texas.

A Texas community is coming together to honor the life of a cancer researcher who was mysteriously killed during her daily jog over the weekend as more details are emerging about the man police are investigating as a person of interest.

Bakari Moncrief, 29, is being eyed by police after Sarmistha Sen went for a run in Plano Saturday morning and turned up dead near a creek around two hours later. Moncrief, according to an affidavit viewed by KDFW, was taken into custody after allegedly breaking into a home not far from where the 43-year-old mother of two’s body was found.

“He is still considered as a person of interest in our murder investigation,” Plano Police Officer David Tilley told Fox News on Thursday. “We are still investigating this case and at this time, no charges for that incident have been filed.”

Tilley added that police “believe this was a random attack.”

Investigators and the medical examiner have not released any other details about the killing. Moncrief, meanwhile, is being held at a local jail on $1 million bond for the burglary charge.

At a vigil held Wednesday night for Sen – who studied molecular biology and helped cancer patients – family, friends and neighbors lit 43 candles, one for each year of her life, KDFW reports. They sang prayer songs and encouraged others to donate to cancer research organizations in her honor.

Near the scene along the Chisholm Trail where her body was found, locals also have placed running shoes on the ground to pay tribute.

“It makes me feel inspired. She’s an inspiration for me,” her brother, Sumit, told the station earlier this week when asked about the outpouring of support his family has received. “It makes me feel grateful to the community for such generous support. Her life is a life full of purpose and it’s not over. Her soul lives on.”

Sumit also said his sister “just immediately connected with anybody she met on a deeply personal level with a very infectious smile and energy.”

Police were called to the scene of Sen’s body Saturday by a person who was passing through the area, according to KDFW. Investigators say around the time of the killing, a burglary was reported at a home nearby, it added.

The station, citing the police affidavit, reported that a doorbell camera at that home captured Moncrief breaking in, during which he uttered the phrase “I’m not a f-----g coward” at least twice.

An officer later spotted Moncreif at a gas station about a 30-minute walk from the home, “using the outside electrical outlet to charge his cellular telephone,” the affidavit reportedly said.

While being taken into custody, Moncrief told responding officers “I ain’t a coward” -- a similar phrase to what he allegedly said at the home, KDFW reported, citing the affidavit.

The station also says Moncrief has no past criminal history.