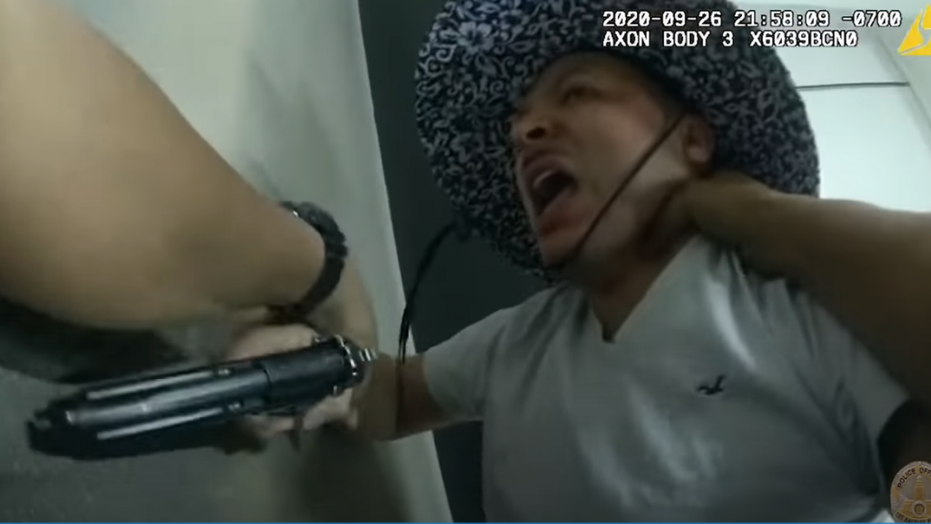 A man charged with attempted murder after being seen in bodycam footage pistol-whipping an officer at a Los Angeles police station has pleaded not guilty, according to a report.

Jose Cerpa Guzman, 29, faces up to life in prison if convicted in the Sept. 26 incident at LAPD’s San Pedro stationhouse involving two officers.

The arraignment happened Friday, according to NBC 4 Los Angeles.

The video released last week shows Guzman grabbing an officer’s gun and striking him with it multiple times.

Police said Guzman fled with the gun after firing a shot at another officer. He jumped in a pickup and was arrested.

The injured officer is on the mend, the station reported.

"I am grateful that the officer ... who was working the desk (and) came out to assist this individual to understand what his needs were, that he survived and that during this engagement that he did not lose his life," LAPD Chief Michel Moore told reporters, according to the station.