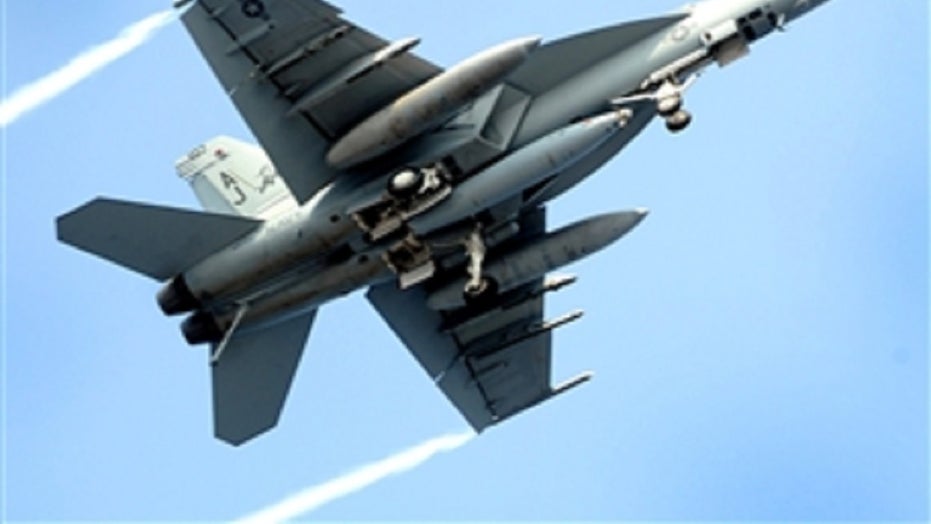 The pilot of the single-seat Navy F/A-18 Super Hornet was able to eject and is currently listed as stable at a local hospital.  The crash occurred near Naval Air Station China Lake, Calif., 113 miles east of Bakersfield, where the Navy conducts live-fire training.

The crash was at around 10:20 a.m. The pilot took off from Naval Air Station Lemoore in Kings County when the plane "experienced a mishap" during routine flight training, according to a social media post from the base.

The pilot's parachute opened during the ejection, and a small grass fire followed the crash, KGET reported. The pilot was released from a medical facility after an examination.

The Navy is cooperating with local authorities, officials said. The Bureau of Land Management has closed the area around the crash site so investigators can complete their inqury.