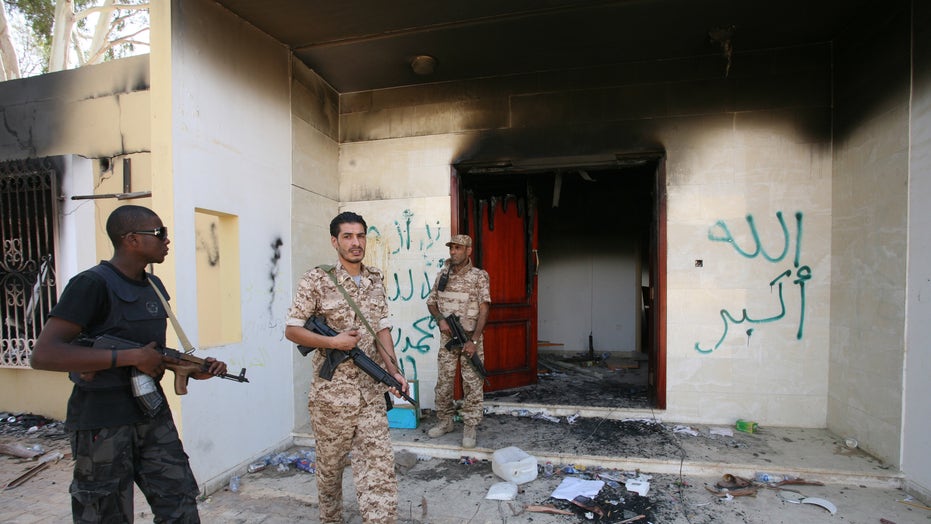 A federal jury found a second Libyan militant guilty on two counts for their role in the 2012 attack on the U.S. diplomatic mission and nearby CIA post in Benghazi, Libya that killed four Americans, including the U.S. ambassador to Libya; the jury was deadlocked on 15 other counts.

A Washington jury found Mustafa al-Imam, 47, guilty on one count of conspiracy to provide material support to terrorists and one count of destroying government property.

The partial verdict did not include decisions for other charges such as murder and attempted murder. U.S. District Judge Christopher R. “Casey” Cooper told jurors to continue deliberating the charges, which include accountability for the murders of Ambassador J. Christopher Stevens, State Department communications aide Sean Smith and CIA security contractors Glen Doherty and Tyrone Woods.

In this Sept. 12, 2012 file photo, glass, debris and overturned furniture are strewn inside a room in the gutted U.S. consulate in Benghazi, Libya, after an attack that killed four Americans, including Ambassador Chris Stevens. (AP Photo/Ibrahim Alaguri, File)

Ahmed Abu Khattala, the head of an Islamist extremist militia who directed the attacks, was convicted in 2017 on terrorism-related charges but acquitted of murder. He was sentenced to 22 years in prison.

This courtroom sketch shows Ahmed Abu Khattala, third from right, listening to an interpreter through earphones during the opening statement by his defense attorney Jeffery Robinson in federal court in Washington Monday, Oct. 2, 2017. (Dana Verkouteren via AP)