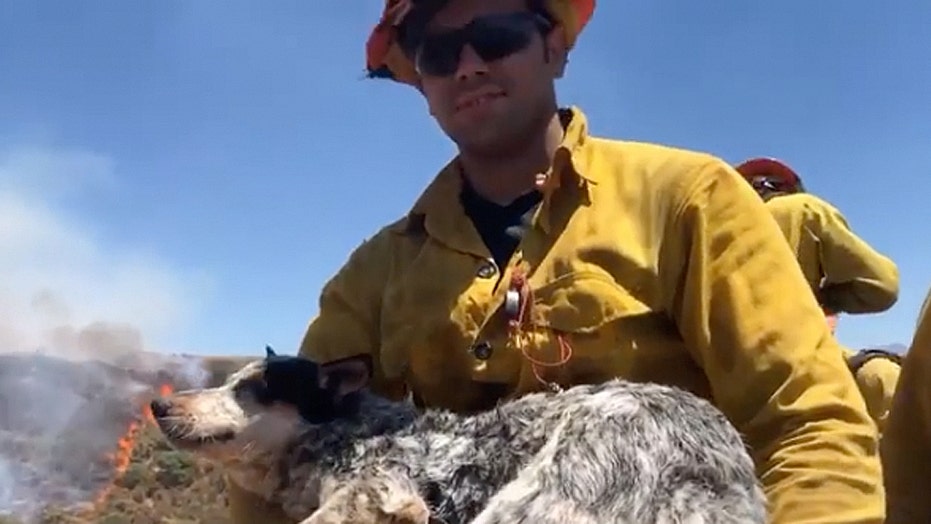 Local forecasts predict strong winds which could cause setbacks in battle to contain massive wildfire which has burned nearly 27,000 acres east Los Angeles.

Firefighters in Southern California have made progress in battling a wildfire that's scorched some 42 square miles but they just announced a lost dog has been rescued from the blaze.

CAL Fire said as of Wednesday morning the Apple Fire is now 30% contained after burning through 27,319 acres in the mountains east of Los Angeles.

The blaze that started last Friday has destroyed 12 structures and injured one firefighter.

CALIFORNIA MAN RECOUNTS HARROWING ESCAPE FROM WILDFIRE: 'I PUT THE PEDAL TO THE FLOOR'

On Tuesday, Orange County Professional Firefighters said on Instagram that a lost Queensland heeler was discovered while crews were battling the blaze.

A missing Queensland heeler was found by firefighters battling the Apple Fire and returned to its owner. (Orange County Professional Firefighters)

"They tended to the dog, gave him water, a bite of their sandwich and carried down the fire line to the animal control representative," the firefighters union wrote.

A firefighter could be seen holding the dog while descending from the mountain.

A missing Queensland heeler was found by firefighters battling the Apple Fire and returned to its owner. (Orange County Professional Firefighters)

The Riverside County Department of Animal Services told KTLA the dog was found to have been reported missing and was reunited with its owner.

Some evacuation orders were lifted Tuesday in Riverside County but still remain in San Bernardino County as the fire continues to burn.

The wildfire forced thousands of people from their homes after it was sparked by a malfunctioning diesel vehicle, fire officials said Monday.

CAL Fire said the Apple Fire was ignited by a vehicle that "appeared to have mechanical problems" and was traveling along Oak Glen Road in Cherry Valley, Calif., just before 5 p.m. Friday. 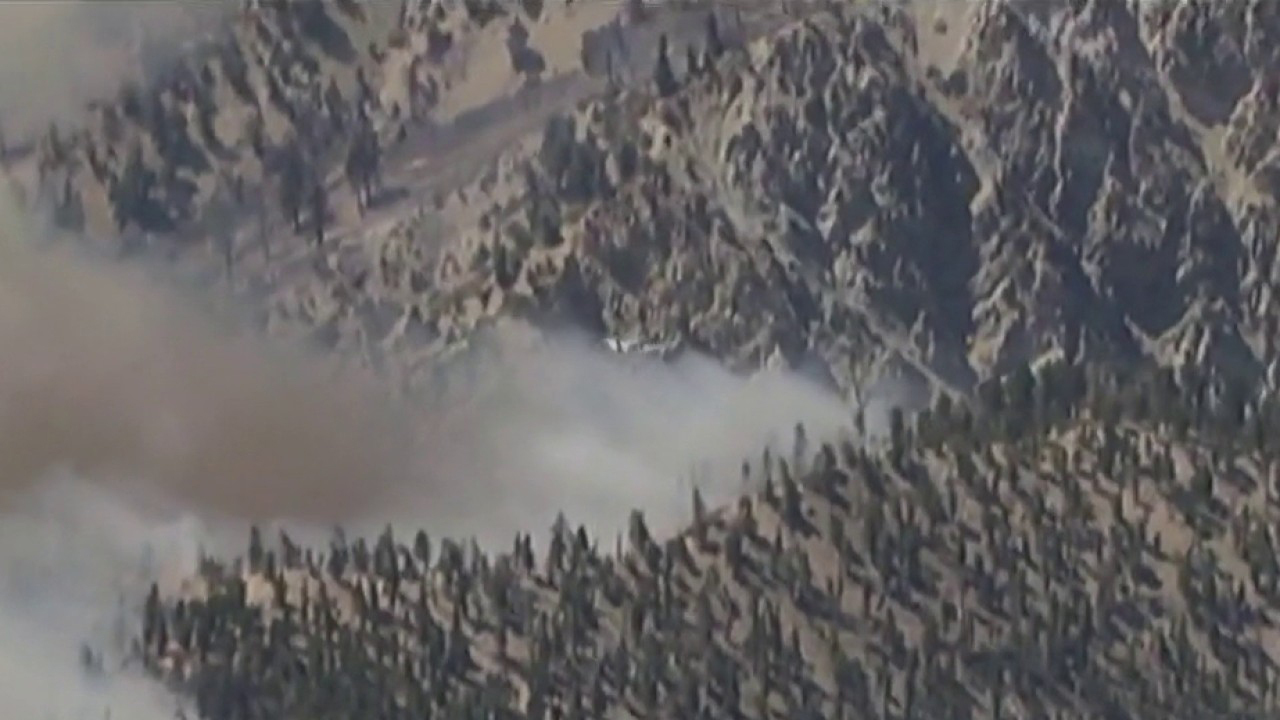 "Specifically, a diesel-fueled vehicle emitting burning carbon from the exhaust system," the agency said. "The determination is reinforced by multiple independent witnesses, as well as supporting physical evidence."

The wildfire generated a smoke plume that was visible for miles around and contributed to poor air quality.

Firefighters battling the blaze have faced "dangerously hot conditions” that are sticking around. The heat on Wednesday will scorch the Southwest and southern Plains, with temperatures at or above 100 degrees.

An elevated fire danger exists out west, as more hot weather is in the forecast. (Fox News)

An elevated risk for fire danger once again will be present for the Southwest into the Great Basin and Central Rockies.

Dry thunderstorms will also be a threat for potential wildfires over northern California up into the Northwest.

Fox News' Janice Dean and the Associated Press contributed to this report.