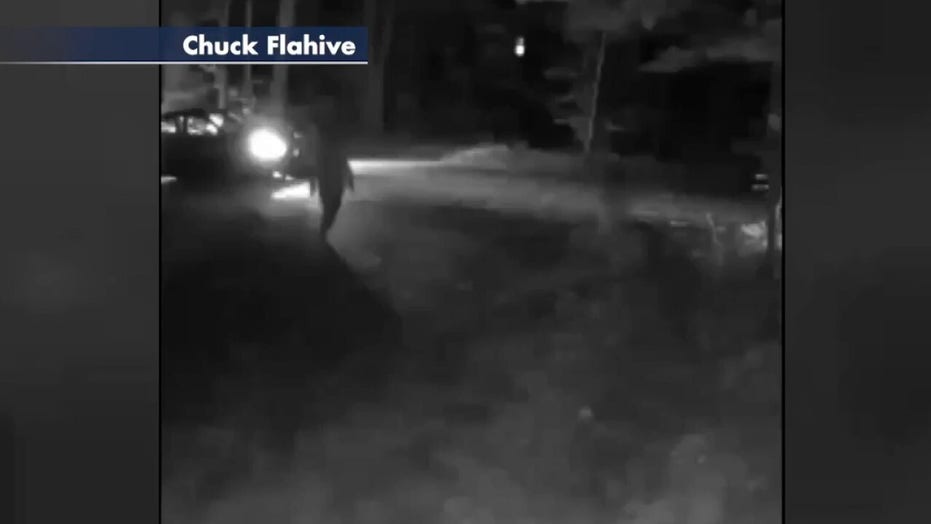 Cops say suspects caught on camera stealing Trump campaign signs from the front yard of a home in Maine.

An Allegiant Air flight to Utah turned into a fight scene when a passenger allegedly refused to wear a mask that covered his nose and mouth.

Another passenger on the plane, Rylie Lansford, shared footage of the altercation, which she said in an Instagram video began soon after the plane boarded.

The flight was heading from Mesa, Az., to Provo on Saturday when the fight occurred. According to Lansford, a passenger seated behind her was wearing a face shield and refused to wear a face mask after flight attendants asked him.

Lansford claimed the man responded “condescendingly” to the flight attendant and still would not wear the face mask.

His refusal prompted an argument between the passenger sitting next to Lansford and the man refusing to wear the mask.

Neither passenger was identified by Lansford, but she referred to them as Passenger “A” for the man refusing to wear the face mask and “B” for the man sitting next to her, in her Instagram share.

Passenger B allegedly continued to argue with the man, as well as using profanity toward other passengers. Lansford said Passenger B was drunk at one part of her story.

The hostility between the two passengers grew until Passenger A stood up and, Lansford believes, took a swing at Passenger B. The two men engaged in a physical altercation over the seats. In the video, a crew member is seen calling security.

The incident occurred on the Las Vegas-based budget airline over the weekend. (Reuters)

Passenger A was removed from the plane, while Passenger B was allowed to continue on to the final destination, Lansford said.

Lansford applauded the flight attendant’s handling of the situation on the plane, stating that one of the attendants confided in her that they have been witnessing a lot of conflicts like these with passengers who refuse to wear masks.

In a statement from Allegiant Air to Fox News, the airline confirmed the incident and explained its face mask requirement.

"Face coverings must be made of a solid material, fully cover the mouth and nose, fit snugly against the face, and be secured under the chin. Prohibited coverings include those with exhalation valves, holes (such as lace or mesh), neck gaiters, and bandanas. Face shields may be worn in addition to a face covering, but not as an alternative."

Alexandra Deabler is a Lifestyle writer and editor for Fox News.