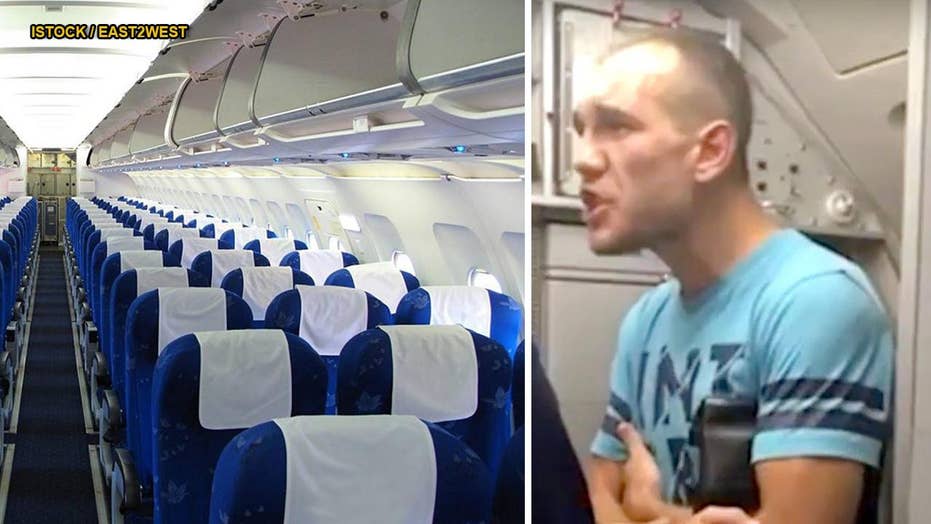 A former National Hockey League player recently forced a domestic Russian flight to make an emergency landing after the 37-year-old athlete allegedly hit a flight attendant on the head for being denied alcohol.

On New Year's Day, Oleg Saprykin had reportedly been intoxicated when he boarded an Aurora Airlines flight from Sochi to Moscow, the International Business Times (IBT) reports. According to the outlet, Saprykin demanded that a female flight attendant top-up his glass with whiskey midflight – which she refused – before things took a turn for the worse.

“During the flight from Sochi to Moscow on the morning of Jan. 1, one of the business class passengers miscalled whiskey without calculating the capabilities of the body. The man began to scream and use foul language,” an aviation insider told the Russian outlet Interfax, as per IBT.

Attempting to calm the passenger, believed to be Saprykin, IBT reported he “hit her on the head with such a force that she fell to the floor,” causing bruises.

Oleg Saprykin (R) of Russia fights for the puck with Nicklas Grossman (L) of Sweden during the IIHF World Ice Hockey Championship qualification round match between Russia and Sweden on April 30, 2009. (Martin Rose/Bongarts/Getty Images)

"The commander decided to interrupt the flight and land at the nearest airport urgently,” the source continued, and the plane soon touched down at Voronezh International Airport.

Upon deplaning, Saprykin was arrested and detained by law enforcement officials, while the aircraft continued on to Moscow, IBT reports.

Two videos said to be related to the incident soon surfaced on the Internet, released by the Russian Interior Ministry, as per the Mirror. In the first clip, the hockey pro apparently feuds with cabin crew members on the plane; in the second, Saprykin appears to explode in rage as he is detained in a jail cell, wearing only underwear.

According to the Mirror, Saprykin was ultimately served a fine and released. Meanwhile, TravelPulse reports that the flight attendant he attacked declined to press charges.

TravelPulse reports that the flight attendant who he attacked declined to press charges, so the accused was only charged with a small fine. (east2west)

He proceeded to fly to Moscow with his wife and kids on another flight, the Mirror reports.

The hockey pro later offered a different take on the purported events to Russian outlet Sport Express, as per RT.

“I’ll say right away, there was no fight, I didn’t touch anyone, neither fellow passengers nor a stewardess,” Saprykin said in a recent interview. “I was drinking calmly, sitting with my wife in business class. Then suddenly we landed unexpectedly in Voronezh."

The athlete said he was only given an “administrative fine” for foul language. Saprykin continued to claim that the pilot landed the flight early of his own accord. (east2west)

“The service was OK. They brought everything on time,” he continued. “I didn’t attack anyone. If that had happened, I would be sitting at home now.”

The athlete said he was only given an “administrative fine” for foul language. Saprykin continued to claim that the pilot landed the flight early of his own accord.

Representatives for Aurora Airlines did not immediately return Fox News’ request for comment.

Saprykin, a left-handed left winger, continues to play pro hockey in Russia’s Kontinental Hockey League, as per Heavy. He previously played seven seasons in the NHL for the Calgary Flames, Arizona Coyotes and Ottawa Senators.