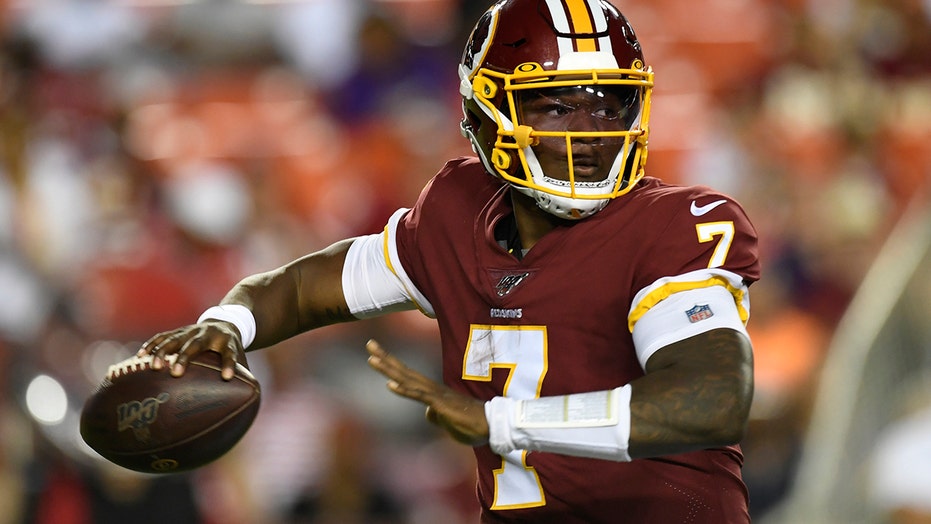 Ron Rivera is hoping to change more than just the culture in the Washington Redskins’ locker room.

Despite being fired from the Carolina Panthers because of the teams’ performance, Rivera was brought on in hopes that he could save the Redskins from their own struggles.

With him, he took some familiar faces including Kyle Allen, who despite being the likely backup to Dwayne Haskins, will undoubtedly get some serious game-time consideration.

Here are some of the intriguing matchups on the Redskins’ 2020 schedule.

Rivera will have to wait until Week 16 to get revenge against his former employer in this high stakes matchup between the Redskins and Panthers.

Expectations are low for both teams this season, so the timing of this game means the winner will likely walk away with bragging rights only.

The Redskins will look to set the tone for this season with a win against the Eagles in Week 1, but it won’t be easy.

The Eagles have won the last six games against Washington and their record on the road is even better than when they play at home (44-38).

The season will also end like it began -- with an Eagles matchup and hopefully a win.

In what is usually a race for the bottom, the Redskins will need to win both games against the Giants this year if they want to make a serious attempt at playoffs. Both teams are at a pretty level playing field with a new head coach and new players on the field.