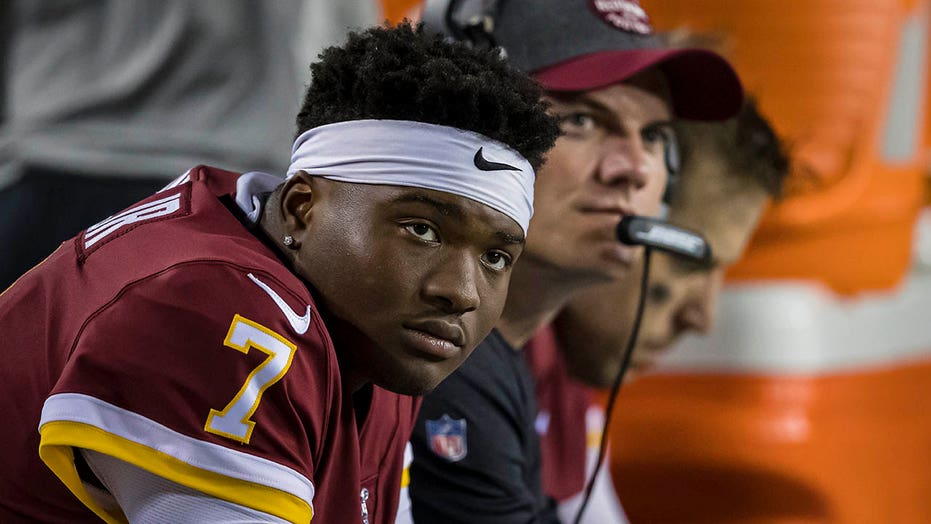 Nine out of the 32 teams in the NFL had Black starting quarterbacks entering the fourth week of the season and that number decreased in only the fifth week as the Washington Football Team made a change.

Washington decided to start Kyle Allen in place of Dwayne Haskins as they face the Los Angeles Rams at home. Washington is 1-3 on the season despite Haskins having 939 passing yards, four touchdown passes, and three interceptions and receivers only catching 89 passes on 143 targets. Not to mention, the defense had allowed 112 points in the first quarter of the season.

Coach Ron Rivera has experience with Allen as the starting quarterback going back to their days with the Carolina Panthers. It’s why the team picked up Allen in the offseason.

“We're putting the ball in the hands of somebody that knows the system better, that's been through the system for three years,” Rivera said. “That's what we're doing, and we're trying to create ways to win. We think this is a good opportunity for us to win.”

Washington’s quickness to give Haskins the hook so early in the season didn’t sit well with some as fans noticed that another Black quarterback was getting benched.

The lack of Black representation at quarterback, as well as in the front office and head-coaching ranks, has been an underlying issue for the league in recent years.

In the first week of the season, Yahoo Sports noted that 10 of the NFL’s starting quarterbacks were Black — the most in NFL history.