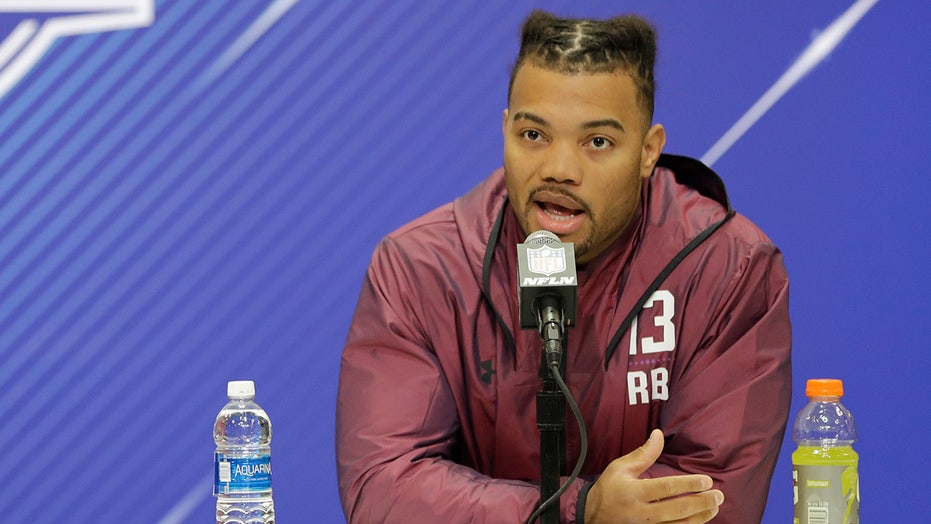 Former Washington Football Team running back Derrius Guice is accused of choking his girlfriend “until she was unconscious” during one of three separate incidents, according to court documents filed Monday.

The incident allegedly involving Guice took place on March 13 and he is alleged to have been “crying and tapping her” when the woman woke up, USA Today reported, citing the documents. He is also accused of pushing her up against a wall and pulling her hair on the day of the incident. The woman reportedly told Guice she had a flight to catch and photographed her injuries in Chicago during a layover.

Guice, 23, was charged with one count of felony strangulation, three counts of assault and battery and one count of destruction of property, USA Today reported.

Two other incidents detailed in the court complaints occurred on Feb. 14 and April 17.

Guice was released Friday after Washington learned of the arrest. He turned himself in and was released on $10,000 bond, the Loudon County, Va., Sheriff’s Office said.

“I talked with the players yesterday and basically told them I made a decision I thought was in the best interest of our organization,” coach Ron Rivera said. “If it was the right decision, we will benefit from it. If it’s not, it will be on me. I will take full responsibility as we go forward to try and make sure we do things the right way. From that, I want to move forward.”

Guice was entering his third season with the team before his release.