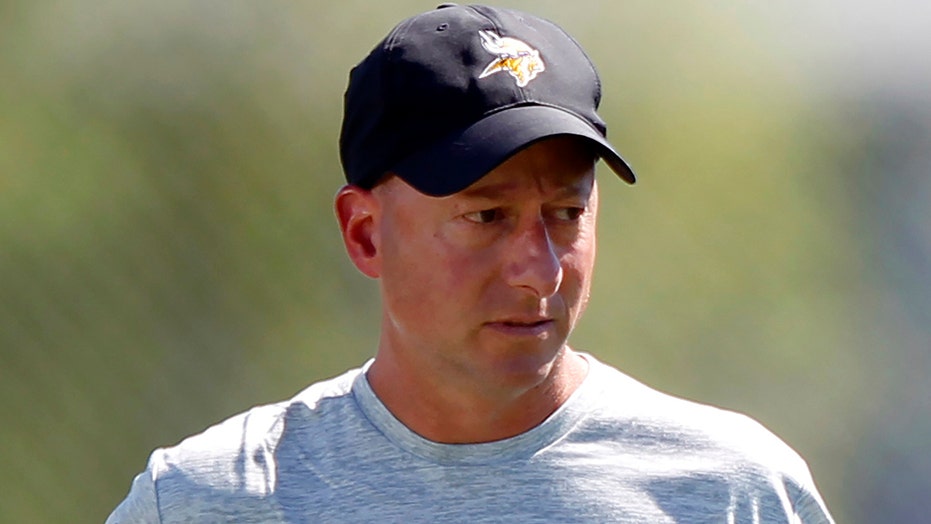 The day before the scheduled arrival of returning players to training camps around the NFL, the Minnesota Vikings served as a sobering example of the challenge of running a football team during a global pandemic.

Vice president of sports medicine Eric Sugarman, who's in charge of the organization's virus prevention strategy, has tested positive for COVID-19, the team announced.

About four hours later on Monday, the Vikings placed four rookies — including first-round draft pick wide receiver Justin Jefferson — on the league's newly created reserve list for COVID-19. Those players, the Vikings said, were not infected by Sugarman.

Sugarman said he and his family members immediately quarantined themselves and began following the NFL's related protocols after receiving the news of the positive tests over the weekend. Sugarman, who has two teenage sons with his wife, Heather, was appointed infection control officer for the Vikings earlier this year after the virus outbreak necessitated such a role.

“At this time we are all doing fine and experiencing only mild symptoms,” Sugarman said. “I have an immense amount of pride in the effort I have personally put forth to protect the NFL family, the Minnesota Vikings organization and our community with thoughtfulness and decision-making based on the current science over these last four months. I am humble to be serving in that capacity as it has been some of the most rewarding work of my career.

"But as I sit here in quarantine, it is clear this virus does not discriminate. It should continue to be taken seriously. I encourage people to take the necessary precautions and follow guidelines that have been established nationally and locally.”

The Vikings said they've tested all individuals who'd recently been in close contact with Sugarman, who has begun his 15th season as the team's head athletic trainer and his 24th year in the league.

Sugarman had not had any recent contact with players, the Vikings said, and no additional cases within the team's front office had been reported to date. Sugarman will handle his duties as infection control officer remotely as much as possible until his return.

“The health and safety of every member of our organization, our fans and of the broader community is paramount,” the Vikings said in their statement. “We encourage everyone to take this virus seriously and to practice the established precautions.”

Joining Jefferson on the reserve list were offensive tackle Blake Brandel, safety Brian Cole II and center Tyler Higby. Brandel (sixth round) and Cole (seventh round) were draft picks, and Higby was a college free agent.

Rookies, quarterbacks and other selected players reported to camp for testing on Thursday, before the balance of the roster is due in on Tuesday. There were six players around the league placed on the reserve COVID-19 list on Sunday and 18 more added on Monday.

The Vikings made Sugarman available to reporters on a video conference call on July 20 to detail some of the league's virus protocols for this most unusual training camp. The safeguards range from increased spacing in the locker room and meeting rooms to wrist-worn proximity tracking devices to help maximize social distancing.

“We have a different, more impactful responsibility to make sure we do the right thing and to keep this virus outside of this building to the best of our ability," Sugarman said during the media session last week.

"So personally I have confidence that we can do it. We have taken every step to make this building as safe as possible, and I’m hopeful we can make this work.’’