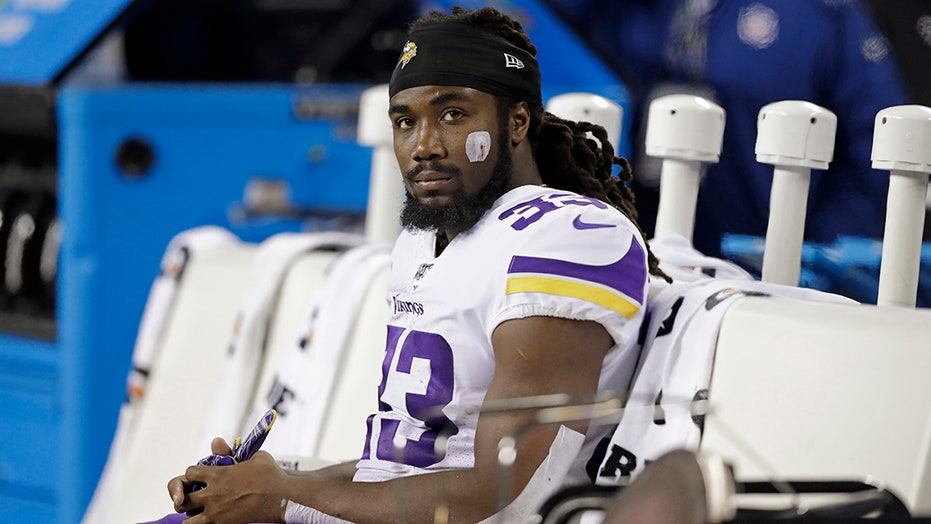 In three years together on the Vikings, they developed a close relationship both on and off the field. Last season Cook rushed for 1,135 yards and Diggs hauled in 63 receptions for 1,130 yards, which ended up being career years for both players.

Cook told the Pioneer Press that he reached out to Diggs after the trade.

"That one hurt," Cook said in the phone interview with the newspaper. "It hurt. That's my brother. You know how close me and Diggsie were. To see him leave, it hurts because you spend so much time with a guy. ... It hurt a lot of guys in the locker room, but it's part of the business. We've got to accept that Diggs wanted to be happy and be happy for him as a player.

“I reached out to him and just told him, ‘That’s my brother for life and I’m still here with you,’’’ Cook told the newspaper. “And he was the same. Vice versa.’’

The Vikings traded Diggs away to the Bills for a package of draft picks, which included a first-round selection in the 2020 NFL Draft. Minnesota has 12 picks, which is tied for the second-most in this month’s draft, including Nos. 22 and 25 in the first round.

Cook says it’s time for the younger players to step up for the Vikings.

“[It’s] time for us to go out here and still be contenders,’’ Cook told the newspaper. “I was close to a lot of those guys [who are gone] but that’s part of the business, and you’ve got to move forward. I just think the Vikings, we’ve just got to come together and I think we’ll still be contenders at the end of the day. It’s just going to be some new faces that you’ve got to get used to.’’