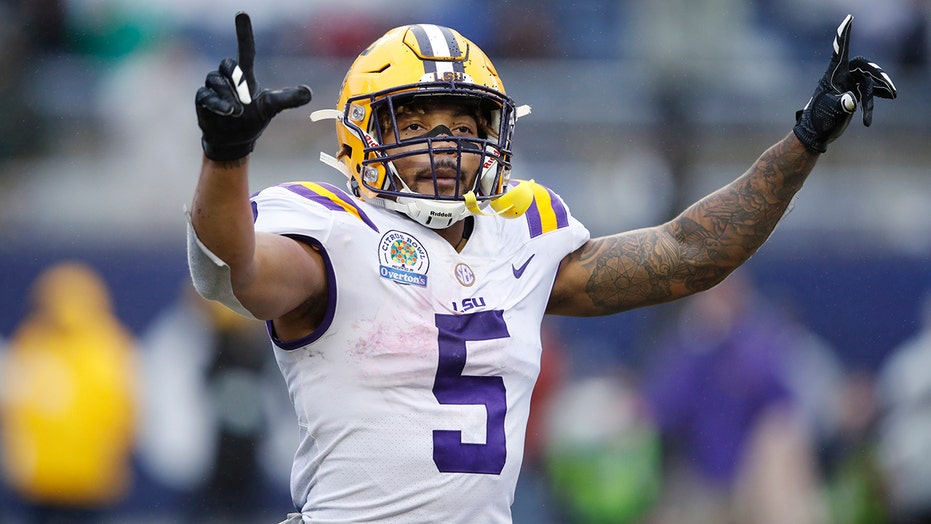 The women told USA Today that both incidents took place at their respective apartments after nights of heavy drinking, just months apart, at a time when Guice was a freshman.

EX-WASHINGTON RUNNING BACK DERRIUS GUICE ACCUSED OF CHOKING GIRLFRIEND ‘UNTIL SHE WAS UNCONSCIOUS’: REPORT

The first victim claimed that Guice showed up invited to a party she had. She alleged that he entered her bedroom where she was sleeping and proceeded to assault her.

“I was drunk and passed out on my bed,” she told USA Today. “I never gave him consent. I never wanted to have sex with him. I don’t even remember except the flashbacks I had. I just wonder sometimes, does he even know that that was wrong?”

The victim, who requested anonymity out of fear of retaliation, said Guice threatened her after hearing her allegations.

The second woman, a tennis player at the school, claimed that Guice raped her after the pair met at a bar and she allowed him into her home.

The newspaper's investigation found that both women told several people at LSU, including two coaches, an athletics administrator and a nurse – but the school never conducted its own investigation into the matter.

"At no time were allegations of physical or sexual assault brought against Derrius during his years as a student-athlete at LSU," Guice's attorney Peter D. Greenspun told USA Today in a statement. "To bring up such assertions only after the Virginia charges were initiated certainly calls into question the credibility, nature and timing of what is being alleged years later.”

Guice was released from the Washington Football Team last week after he was arrested on three separate domestic violence charges involving his girlfriend.

According to USA Today, the women spoke to the outlet prior to his arrest.

In a statement provided to ESPN, the school said: "LSU and LSU Athletics take all accusations of sexual assault with the utmost seriousness.”

“Formal complaints are promptly and fully investigated and the rights and privacy of students are protected as stipulated by the Family Educational Rights and Privacy Act. Complainants are also strongly encouraged to report the offense to law enforcement and are provided information on health care, counseling and supportive measures available.”

Guice was entering his third season with the team before his release.