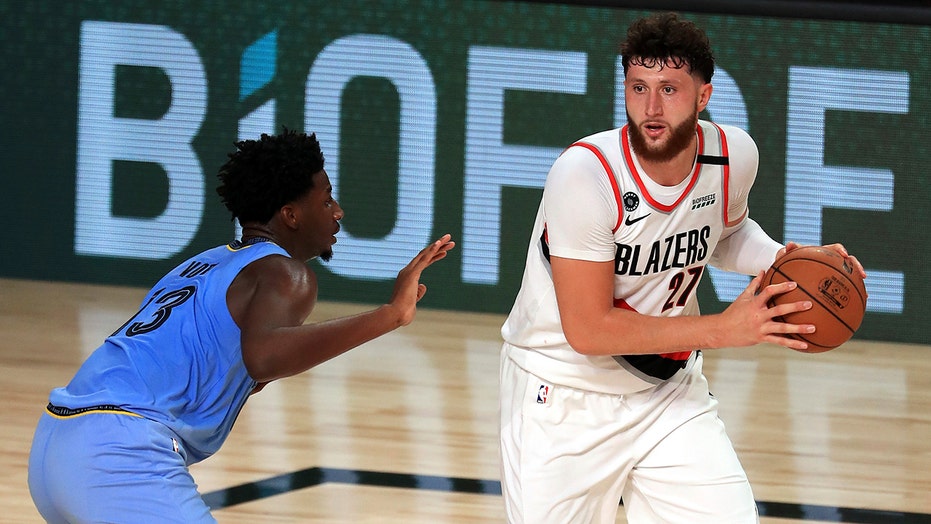 NBA restarts season in 'the bubble' amid coronavirus concerns

What will the season look like? Sports reporter Jared Max weighs in.

Portland Trail Blazers center Jusuf Nurkic told reporters Sunday that his grandmother was doing better and was out of her coma as she battles the coronavirus in Bosnia.

Nurkic told the media on Friday grim details of his grandmother’s battle, according to Oregon Live. He gave a more positive prognosis after his game Sunday against the Boston Celtics. He said he was encouraged by the news and would learn more Monday.

He added that he didn't plan to leave the team.

“I know what I mean to this team and I came here to make the playoffs,” he said.

Nurkic gave the initial update Friday, according to NBA.com.

“The last couple of days have been the toughest days of my life,” he said. “I think people don't realize the (pandemic) is real out there. We've been fortunate to be here in a safe environment, we're tested every day, but please take care of yourself, wear a damn mask if you need to wear it.”

The 25-year-old has been an integral part of the Trail Blazers.

On Sunday, he scored 30 points, grabbed nine rebounds and recorded five assists in a loss to the Celtics. Portland was on the comeback trail before losing 128-124.

Portland is 2 1/2 games out of the No. 8 seed in the Western Conference.