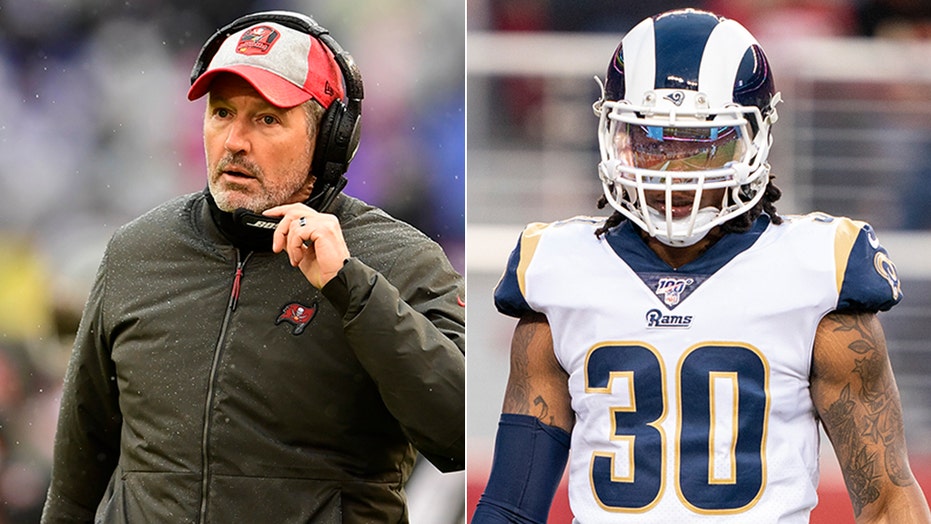 When Todd Gurley was with the Los Angeles Rams, the former first-team All-Pro running back was the best at his position in the NFL, but ever since his decline in production over the last year and a half, his durability issues have raised eyebrows across the league.

Gurley, who signed a one-year, $5.5 million deal with the Atlanta Falcons -- which is still pending a physical -- after his release from the Rams earlier in the offseason, can definitely return to playing at a high level, but offensive coordinator Dirk Koetter says that the team is taking a wait-and-see approach regarding Gurley’s health.

"He's only 25 years old and he's had two seasons where he was arguably the best running back in football," Koetter said of Gurley in an interview with ESPN. "This guy, when he's at his best, he's got speed, he's got power, he can break tackles, he's elusive, he can catch the ball out of the backfield. We've all seen what he can do. His accolades speak for themselves. We just have to see how healthy he is and how consistently he can do it. ... It's just a matter of how often can he do it."

Despite a career-low in carries (223) in 2019, Gurley still managed to rush for 857 yards and 12 rushing touchdowns. He also had 31 receptions for 207 yards and two more scores. The Falcons, however, hope the 2017 NFL Offensive Player of the Year can bring some life into a run game that ranked 30th in the league last season.

"Todd has had an unbelievable career and is a heck of a player," Koetter said. "I think it's also really fortunate for us that he's coming from a real similar offensive system terminology-wise. The run game is very similar, conceptually, to what they were doing in L.A.

"I know from talking to Todd that he's fired up to be coming back to Georgia,” Koetter added. “He can do everything. He's an excellent runner. He's good in the pass game. He can protect. The main question that no one seems to know is, 'What's his health status? What's his workload?' He averaged about 17 touches a game last year, which is a little bit lower than he had been when he was All-Pro. We're just going to have to find that out once we get here and get him working, get him up and running."