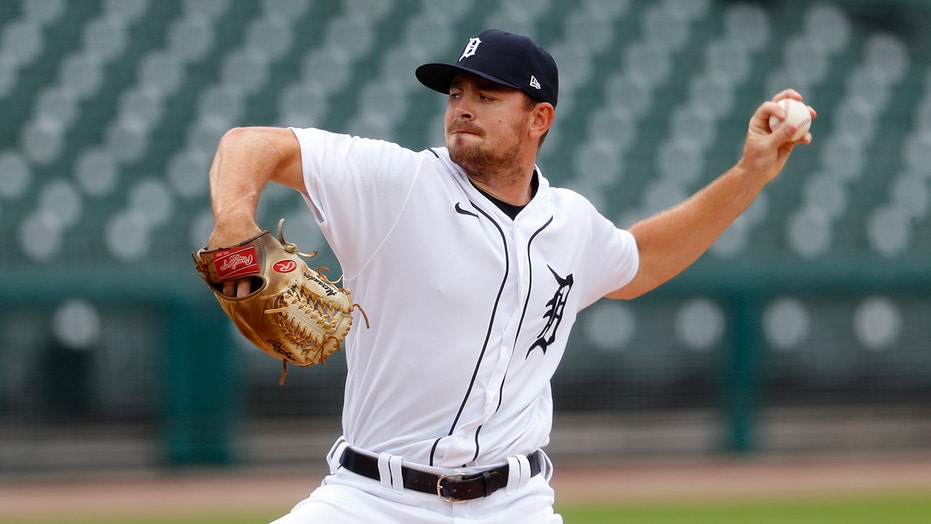 Detroit Tigers pitcher Tyler Alexander tied an American League record Sunday in the first game of a doubleheader against the Cincinnati Reds.

Alexander struck out nine consecutive batters during his 3 2/3 innings appearance. He finished his outing with 10 strikeouts, though the Tigers would lose the game 4-3.

Detroit Tigers pitcher Tyler Alexander throws against the Cincinnati Reds in the fourth inning of the first baseball game of a doubleheader in Detroit, Sunday, Aug. 2, 2020. (AP Photo/Paul Sancya)

MARLINS END ISOLATION IN PHILLY AND LEAVE FOR BALTIMORE

The reliever’s streak ended at the top of the sixth. He was one strikeout short of Tom Seaver’s MLB mark when he hit Mike Moustakas with the count at 1-2.

“I was trying to go up and in to brush him back so I could come back with my slider,” Alexander said. “It obviously got away from me.”

Detroit would drop both games of the doubleheader Sunday. It was the first time MLB purposely only played seven innings for a doubleheader as they hope some teams recover some games that were lost when others had positive coronavirus tests in their clubhouse.

Detroit moved to 5-5 on the season after their sweep. The Reds improved to 4-5.