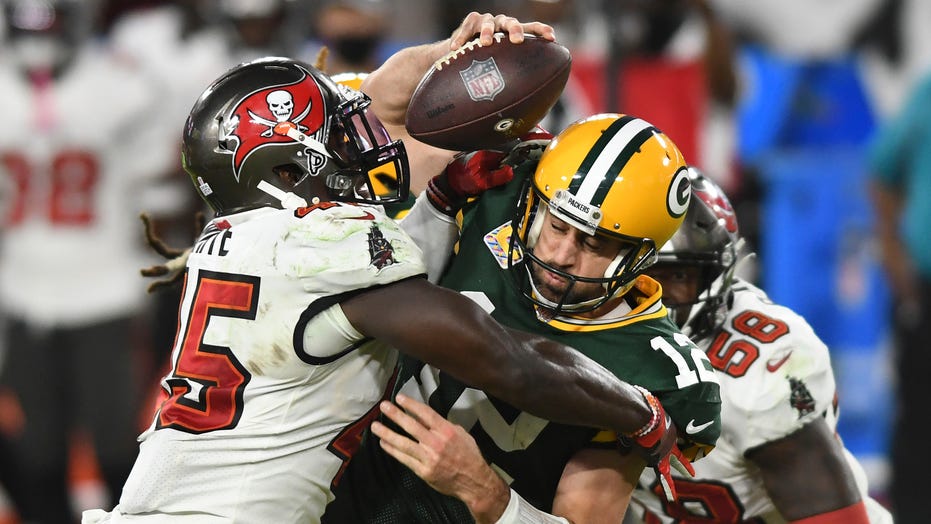 Aaron Rodgers is looking at Sunday’s loss against the Tampa Bay Buccaneers as a teaching moment for the Green Bay Packers.

In what was expected to be a heated matchup between quarterback greats Tom Brady and Rodgers, ended in the Packers blowing a 10-point lead before being handed their first loss of the season.

Rodgers threw two interceptions — Green Bay’s first turnovers of the season — within a three-pass span in the second quarter to turn their early lead into a 14-10 deficit but the veteran quarterback still managed to find a silver lining in the 38-10 loss.

“I feel like we needed a little bit of a wake-up call this season because things had been so good,” he said, according to the Green Bay Press-Gazette. “I think we needed a kick in the a-- a little bit.”

Head coach Matt LaFleur echoed that sentiment, adding: "Our practice this week was not up to our standard the guys have developed the first year and a half. That's what happened today. You practice like crap, you go out and play like crap."

Rodgers finished 16 of 35 for 160 yards and no touchdowns after completing 70.5 percent of his passes and throwing for 13 TDs and no interceptions in Green Bay’s first four games.

Brady, meanwhile, was 17 of 27 for 166 yards and two TDs without an interception. Gronkowski led the Bucs with five receptions for 78 yards — his best game since ending a one-year retirement to join Brady in Tampa Bay.

“I don’t feel like we ever got into a rhythm. Even with 10 points to start the game, we had off-schedule plays to kind of keep drives alive,” Rodgers said.