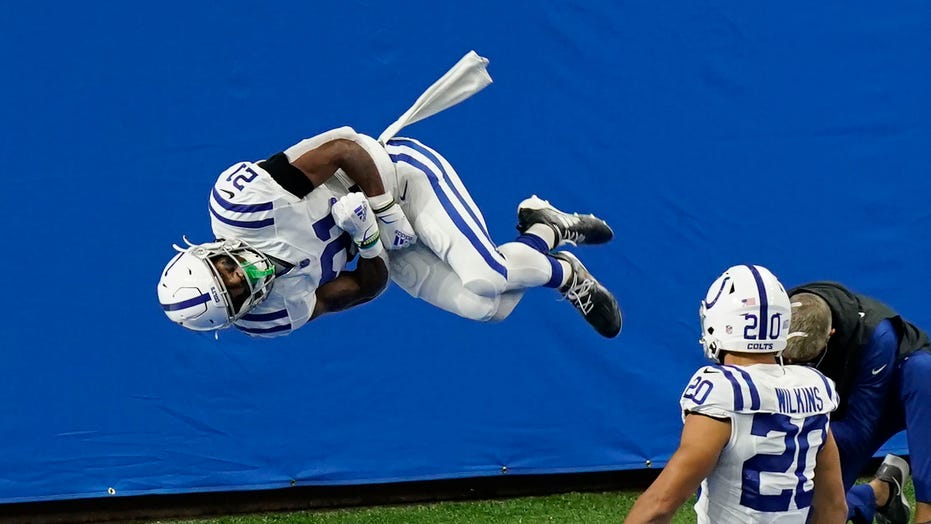 When Indianapolis Colts running back Nyheim Hines scored a touchdown and performed an Olympic style floor exercise to celebrate, he caught the eye of at least one gold medalist.

Simone Biles saw Hines’ flip and appeared to give him 10s across the board.

“so impressive,” Biles wrote on Twitter along with a clapping and a 100 emoji.

The Colts were trailing by seven in the second quarter when Hines caught a short pass from quarterback Philip Rivers to run for a 22-yard touchdown.

Not only was he able to keep himself in bounds in the face of four rushing players to tie the game, but Hines celebrated with an impressive flip.

And if once wasn’t enough, Hines displayed his gymnastic skills again after scoring a second touchdown with just a little over a minute left in the half.

Hines came into the season being scarcely used because of the Colts' tendency to lean on Marlon Mack. But with Mack's injury and Jonathan Taylor only being a rookie, Hines has been back in the fold.

The third-year running had 81 rushing yards and a rushing touchdown in the six games for the Colts this season and is competing for time with Jordan Wilkins.