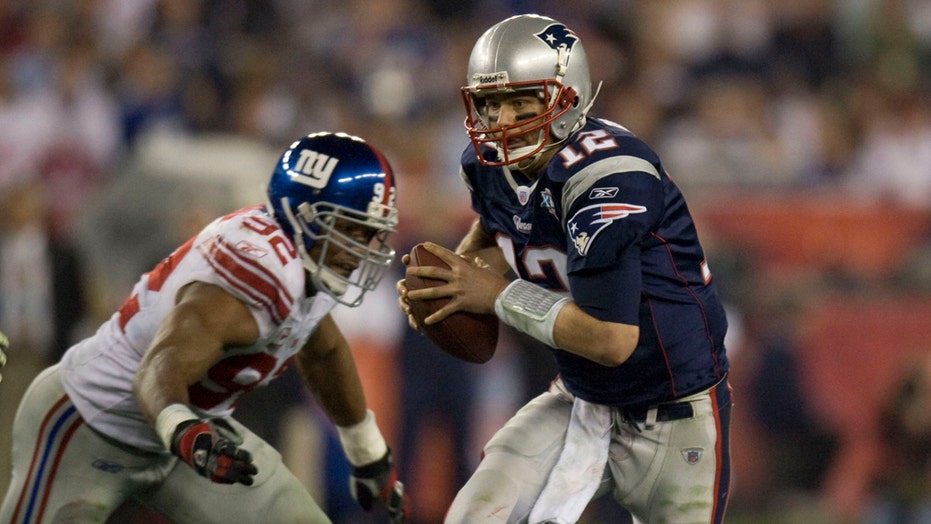 Football can be one of the most taxing sports, both physically and mentally.

It should be no surprise that in 2016 the National Bureau of Economic Research found that the average career for an NFL player was around 3.3 years. But fast forward to the 2020 season and you won’t struggle to find players entering their 20th professional season, showing no signs of slowing down.

The length of those careers can vary greatly when considering the position. NFL quarterbacks seem to have the longest careers, staying in their prime for longer, playing well into their late thirties and early forties.

Tampa Bay Buccaneers quarterback Tom Brady is the best example of this, but he’s not alone. New Orleans Saints’ quarterback Drew Brees is entering his 20th season at 41 years old, and his former Los Angeles Chargers’ teammate, Philip Rivers, signed a one-year, $25 million deal with the Indianapolis Colts back in March at 38 years old.

But age is just a number for thses guys. Check out the list below to see the oldest active players for each position:

Just a few weeks after his 43rd birthday, Tom Brady is currently the oldest signal-caller in the league.

The story line surrounding Brady’s last season in New England focused heavily on his age. Back in October, Brady declined to talk free agency, but one thing he was adamant about was his commitment to playing in the NFL for years to come -- until at least 45, to be specific.

“I’ve said that number for a long time and I work pretty hard at it every day and I think that's part of me being a professional and giving my best to the team," he said during an interview at the time. "It’s making sure my body is in great condition, that I’m able to take the field. I take a lot of pride in that.”

Brady’s prediction will hold true after he signed a two-year, $50 million deal with the Tampa Bay Buccaneers back in March. There were rumors circulating at the time that New England was interested in resigning Brady, but not for the time or money the legendary quarterback was asking.

While playing for the Patriots, Brady won six Super Bowl titles, three MVPs, and was named to the Pro Bowl 14 times and selected to the First Team All-Pro three times.

While Brady seeks a seventh Super Bowl ring at 43, here are the oldest active NFL players.

Cardinals Larry Fitzgerald runs in for a touchdown in the fourth quarter as the Pittsburgh Steelers face the Arizona Cardinals in Super Bowl XLIII at Raymond James Stadium in Tampa, Florida, Sunday, February 1, 2009. (Photo by Mark Cornelison/Lexington Herald-Leader/Tribune News Service via Getty Images)

Larry Fitzgerald is an Arizona Cardinal for life.

First selected by the team as the No. 3 overall pick in the 2004 draft, Fitzgerald at 37 years old is the oldest wide receiver in the league.

Fitzgerald is entering his 17th NFL season with hopes of finally taking home a Super Bowl ring. In fact, the veteran receiver told reporters Thursday that it’s his only motivation for remaining in the league.

"That would definitely validate me," Fitzgerald said. "You wouldn't see me around here anymore if that happened."

Former Dallas Cowboys’ Jason Witten has come out of retirement to join the list as the oldest tight end in the league at 38 years old.

Drafted by the Cowboys in the third round of the 2003 draft, Witten made a name for himself in his 16 seasons with Dallas. Eleven Pro Bowls, two first-team All-Pro selections and a career high of 12,977 receiving yards, Witten is still a force to be reckoned with.

He announced his retirement in April 2018, and would go on to become a sports analyst for ESPN’s "Monday Night Football." But less than a year later in February 2019, Witten would sign a one-year, $4.5 million contract with the Cowboys.

He registered 63 receptions for 529 receiving yards and four receiving touchdowns that season, and in March, he announced that he signed a one-year deal with the Las Vegas Raiders.

Andrew Whitworth #77 of the Cincinnati Bengals attempts to excite the crowd during the third quarter of the game against the Kansas City Chiefs at Paul Brown Stadium on October 4, 2015 in Cincinnati, Ohio. (Photo by Joe Robbins/Getty Images)

Los Angeles Rams’ offensive tackle Andrew Whitworth is the oldest offensive linemen in the NFL at 38 years old and, as it stands, he’s got several more years left in the league.

Whitworth was drafted No. 55 overall by the Cincinnati Bengals after an impressive college career at LSU. During his time there, Whitworth was named to three Pro Bowls and was selected for the first-team All-Pro in 2015.

But Whitworth showed he still had gas in the tank when he signed a three-year contract with the Rams in 2017. He was again named to the Pro Bowl and first-team All-Pro that season and helped lead the Rams to an NFC Champion title and a Super Bowl in the 2018 season.

Whitworth signed another three-year contract with the Rams in April.

A household name, New York Jets’ latest addition Frank Gore is the oldest running back in the league at 37 years old.

Gore spent most of his career playing for the San Francisco 49ers, where he remains the franchise’s all-time leader in rushing yards.

He would go on to play for the Indianapolis Colts, the Miami Dolphins, the Buffalo Bills and most recently the Jets.

Ex-Jacksonville Jaguars defensive end Calais Campbell (93) celebrates his touchdown against the Indianapolis Colts on a fumble recovery with safety Jarrod Wilson (26) and linebacker Josh Allen (41) during the second half of an NFL football game, in Jacksonville, Fla. On Sunday, March 15, 2020, the Baltimore Ravens agreed to trade a fifth-round draft pick in the upcoming draft to the Jacksonville Jaguars for veteran defensive lineman Calais Campbell. (AP Photo/Stephen B. Morton, File)

Baltimore Ravens’ Calais Campbell, the No. 50 overall pick in 2008, is the oldest defensive lineman at just 34 years old.

Campbell was drafted by the Cardinals, where he played up until 2016. After becoming a free agent in 2017, he signed with the Jacksonville Jaguars and was eventually traded in 2020 to the Ravens.

A five-time Pro Bowler and 2017 first-team All-Pro, Campbell has a career high of 696 total tackles, 88 sacks and 48 pass deflections.

Former Dolphins’ outside linebacker Cameron Wake, who became a free agent this year, is the oldest linebacker at 38 years old.

Drafted by the New York Giants out of Penn State in 2005, Wake was released just months later. He would play one season in the CFL before getting signed by Miami in January 2009 where he would end up playing for most of his career.

Wake was named to five Pro Bowls and was first-team All-Pro in 2012. He has registered 364 total tackles and 100.5 sacks in his career.

In March 2019, Wake signed a three-year, $23 million contract with the Tennessee Titans but was released a year later. He still remains a free agent.

Pittsburgh Steelers wide receiver Antonio Brown (84), left, flips into the end zone over Indianapolis Colts defensive back Antoine Bethea (41) for a touchdown in the first quarter of an NFL football preseason game on Sunday, Aug. 19, 2012 in Pittsburgh. (AP Photo/Don Wright)

Free-agent Antoine Bethea is the oldest safety in the NFL at 36 years old.

Bethea was drafted by the Colts in the sixth round of the 2006 draft and would go on to help the team win the franchise’s second Super Bowl championship the following season in a 29-17 victory over the Chicago Bears.

A three-time Pro Bowler, Bethea played for the 49ers, the Cardinals and most recently the Giants before becoming a free agent in March. He registered 1,1334 total tackles and 9.5 sacks throughout his career.

A first-round pick out of South Carolina, Jonathan Joseph is the oldest cornerback in the league at 36 years old.

Initially drafted in 2006 by the Bengals, Joseph would have his best season immediately after being signed by the Texans, where he would be named to the Pro Bowl in his first two years in Houston.

After nine seasons, Joseph became a free agent. He signed a one-year, $1.5 million contract with the Titans in May.

The oldest player on the list, free agent Adam Vinatieri is also the oldest placekicker in the league at 47 years old.

Vinatieri was signed by the Patriots in 1996 and an undrafted free agent. He would go on to have a decorated career that included three Pro Bowls, three Super Bowls with New England and one with the Colts.

He was selected to the NFL 2000s All-Decade team and most recently the NFL 100th Anniversary All-Time Team.

First drafted by the Chiefs in the third round of the 2005 draft, Colquitt won his first Super Bowl in 2019. He holds several team records, including being tied for longest-tenured player in franchise history and longest punt for 81 yards in 2007.

He was released in April after 15 seasons and signed a one-year, $1.05 million contract with the Steelers last week.