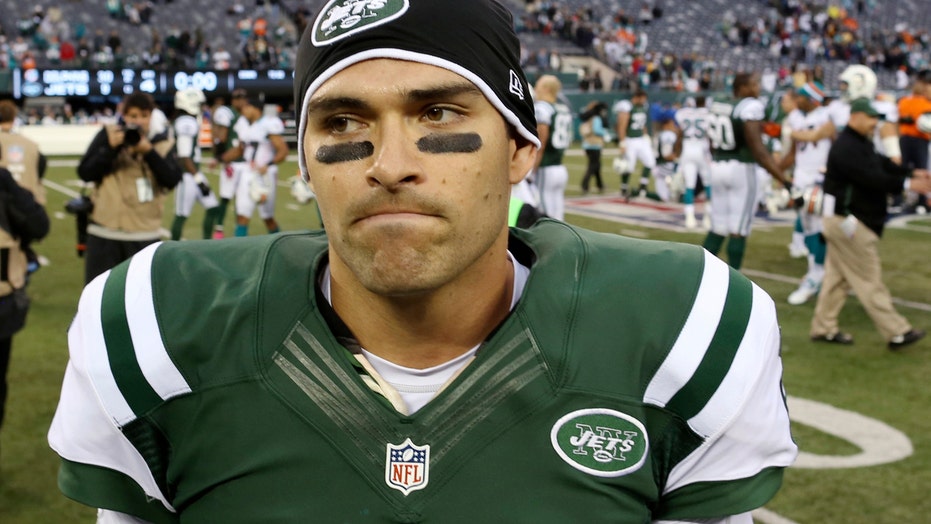 Thanksgiving Day is traditionally brought you by the three F’s: Family, food and football.

And it is one of the best days of the year, even if your favorite team isn’t taking the field, because Thanksgiving Day football has brought the NFL some of its most famous moments.

While the Dallas Cowboys and Detroit Lions play every year, players from those teams have not necessarily produced some of the best moments from the final Thursday of November.

Here are some of the top moments from the Thanksgiving Day games over the last several years.

Tony Romo, of the Dallas Cowboys, broke out against the Tampa Bay Buccaneers on Thanksgiving 2006. (2012 Getty Images)

The Dallas Cowboys gave Tony Romo a shot during the 2006 season. Romo replaced Drew Bledsoe at the beginning of the season and, in his fifth start, Romo found himself going up against the Tampa Bay Buccaneers on Thanksgiving Day. The game would become Romo’s breakout game.

Romo threw five touchdown passes – only one short of the Thanksgiving record set by Peyton Manning and Bob Griese. He had two to Terry Glenn, two to Marion Barber, and one to Terrell Owens, giving the Cowboys the 38-10 win. He also had 306 passing yards and was only sacked once.

While coach Bill Parcells asked the media to “put the anointing oil away,” Romo would remain the Cowboys’ starting quarterback until he eventually retired from football due to injury.

Romo would go on to lead Dallas to the playoffs that season for the first time in two seasons. However, the Cowboys lost in the NFC Wild Card game against the Seattle Seahawks.

Buffalo Bills' running back O.J. Simpson had an unreal Thanksgiving Day game in 1976. (Photo by Focus on Sport/Getty Images)

Buffalo Bills running back O.J. Simpson had a historic game on Thanksgiving Day in 1976 against the Lions. Simpson rushed for 273 yards in the game, setting a record for most rushing yards in the game at that time. The mark would be broken one year later by Walter Payton.

Even with the dominant performance from Simpson, Detroit took home the 27-14. It's still one of the best performances from any running back on Thanksgiving Day.

New York Giants linebacker Lawrence Taylor was coming off a sprained knee four days before the Giants played against the Detroit Lions on Thanksgiving Day in 1982. At that time, the second-year linebacker only had 2 1/2 sacks coming into the game against the Lions and he was playing his fourth game of the season and didn’t start against the Lions.

New York and Detroit were deadlocked at 6-6 when Taylor recorded his second-career interception on Lions quarterback Gary Danielson and returned it 97 yards for a touchdown, giving the Giants the lead and eventually the win. He also recorded a sack on Danielson in that game grabbing the quarterback’s jersey with one hand and forced running back Billy Sims to cough up the ball at one point.

“I took control of that game,” he told The Bergen Record in 2017. “I can truly say I took total control that day.”

Dec. 9: Indianapolis Colts quarterback Peyton Manning (18) calls a teammate to the huddle in the second quarter of an NFL football game against the Tennessee Titans in Nashville, Tenn. (AP)

Peyton Manning won the 2014 NFL MVP award and his Thanksgiving Day performance against the Detroit Lions was an exclamation point on an incredible season that saw him toss 49 touchdowns.

Manning led the Indianapolis Colts to a 41-9 victory. He threw six touchdown passes – three to Brandon Stokley and three to Marvin Harrison. He was 23-for-28 with 236 passing yards in what was one of the best quarterback performances on Thanksgiving Day ever.

The Colts stopped the bleeding when they pulled him at the end of the third quarter.

While the Lions have been on the receiving end of some of their opponents’ best performances, Detroit received one of the best rushing games from Barry Sanders. The running back scored three touchdowns and rushed for 167 yards against the Chicago Bears.

One of Sanders’ runs included a 40-yarder in which he scored a touchdown.

Detroit won the game, 55-20, and improved to 7-6 on the season at that point. Sanders went on to rush for 2,053 yards and win the NFL MVP award. He would retire from football after the 1998 season.

Leon Lett has two infamous plays and they both occurred in the same year but in two different seasons and both involve him touching the ball when he wasn’t supposed to.

The Miami Dolphins were up 14-13 when the Dallas Cowboys blocked a field goal in the fourth quarter with about 15 seconds left in the game. The Cowboys blocked the kick and Lett, a defensive tackle, slipped while trying to recover the football. The ball gets knocked forward into the end zone and the Dolphins recovered.

Lett’s recovery attempt was considered a muffed kick and Miami was given one chance to score from the 1-yard line with three seconds left – and they did.

One of the more infamous Thanksgiving Day moments in the NFL occurred in 1998 during the Pittsburgh Steelers and the Detroit Lions and it involved a coin toss ahead of their overtime session.

The Lions and Steelers were tied 16-16 at the end of the fourth quarter and ahead of the overtime period when Pittsburgh running back Jerome Bettis was set to call the coin flip. Bettis appeared to call tails but referee Phil Luckett was heard saying, “heads is the call.”

Bettis contended he called tails but Luckett said the future Hall of Famer called heads. It would later be revealed that Steelers coach Bill Cowher had even instructed Bettis to call heads. Nonetheless, the Lions got the ball and drove down the field to score a field goal and win the game, 19-16.

The controversy led then-NFL commissioner Paul Tagliabue to change the coin-flip rules and have the captain make the ball before the referee tossed the coin.

Before the Thanksgiving Day game between the New York Jets and New England Patriots, the phrase “butt fumble” wasn’t synonymous with anyone on the world nor was it really anything anyone really used to describe a certain play. That was before Nov. 22, 2012.

Jets quarterback Mark Sanchez became the living, breathing reminder of the butt fumble when he attempted to scramble in the game against the Patriots, slipped and ran right into his teammate’s behind causing him to fumble the football. Patriots defensive back Steven Gregory scooped up the football and returned it for a touchdown.

New England won the game, 49-14, and the butt fumble had quickly become an NFL sensation that resonated with fans across the world. The New York Post said it had overshadowed the team’s back-to-back AFC Championship appearances during the Sanchez and Rex Ryan era.

Sanchez later commented on the butt fumble in 2013, telling the Los Angeles Times: “People ask me about the butt fumble and say, 'Gosh, doesn't that really bum you out?' Are you kidding me? You think every Friday if it comes on ‘SportsCenter’ I'm just down in the dumps? Who cares? I'm working out. I'm hanging with my family. I'm doing some charity thing. It's the last thing on my mind.”