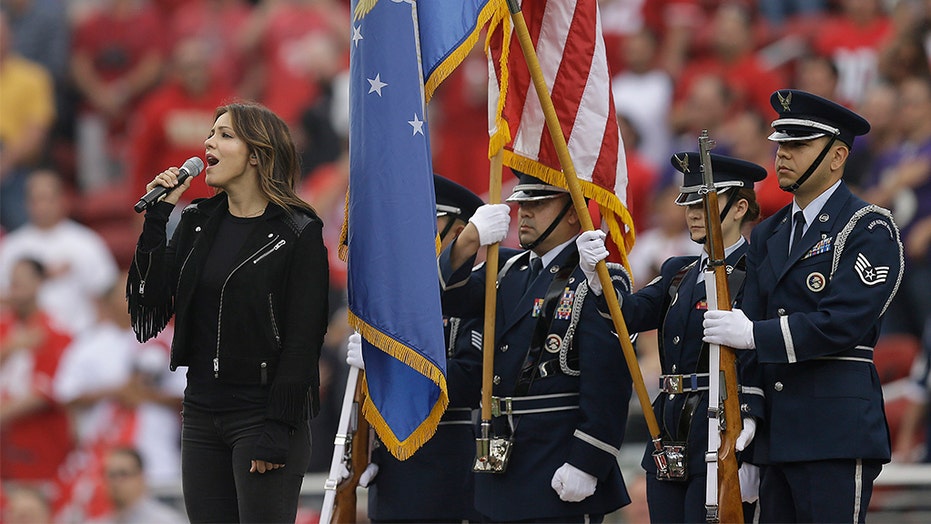 The NFL’s national anthem singers and possibly even military members and police honor guards could reportedly be left on the sidelines this season due to the coronavirus pandemic.

The NFL’s goal is to limit people in the stadium who could possibly infect players and coaches with COVID-19, Front Office Sports reported Monday, citing sources.

The national anthem will still be played before each NFL game but instead of being live, the anthem performer could be asked to sing either offsite or provide a prerecorded rendition, according to Front Office Sports. The NFL declined to comment to the outlet.

“This year will be different due to COVID concerns. They want to limit the number of people around the players on the field,” a source told Front Office Sports.

It’s not the only change to pregame activity that is apparently set for the 2020 NFL season.

ESPN reported in July that the Black national anthem – “Lift Every Voice And Sing” – will be played prior to the start of each Week 1 NFL game beginning with the Kansas City Chiefs and Houston Texans on Sept. 10.

The NFL is also planning on allowing players to have decals on the back of their helmets bearing the names or initials of victims of racism and police violence. The program will be available the entire season.