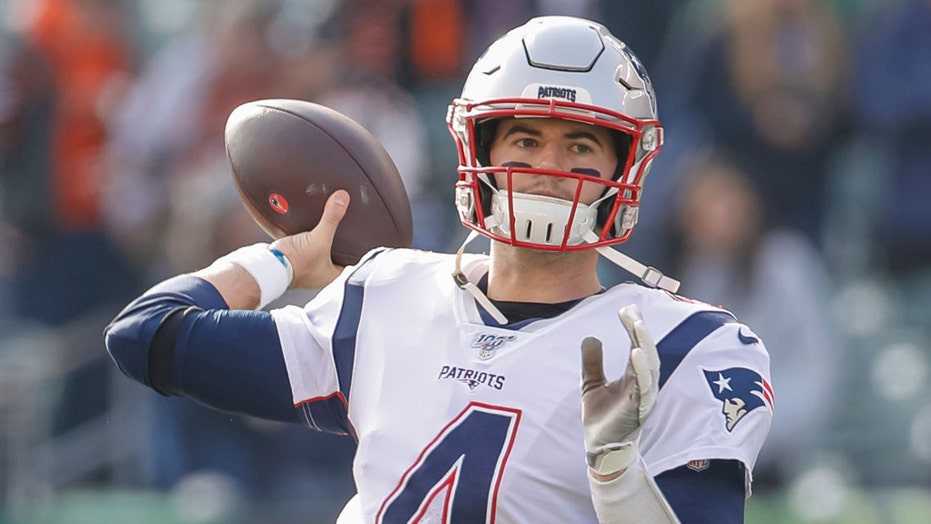 Bill Belichick will go down as one of the greats but all eyes will be on him this season after Tom Brady, who helped bring home six Super Bowl rings, has moved on after 20 seasons in New England.

Belichick was as calm as ever when discussing his quarterback situation in the offseason, especially after Robert Kraft surprised many at the NFL Draft by opting out of picking up a rookie from this year’s talented pool of QB’s.

The whole organization seems to have full confidence in second-year quarterback Jarett Stidham which might be just what the 23-year-old needs to succeed.

Here are some of the intriguing matchups on the Patriots’ 2020 schedule.

Patriots fans might be a little sore going into Week 7 when the 49ers come to town.

Who would’ve guessed that when the Patriots traded Jimmy Garoppolo in 2017 that he would go on to make it to a Super Bowl in just two years. That, coupled with the departure of New England’s beloved Brady, makes this matchup a must-win for Pats fans.

Playing in Gillette is no easy task for any quarterback -- Garoppolo shouldn’t expect a warm welcome home.

The Patriots have a difficult travel schedule to start the season off and it’s not made better by the fact that in Week 4 they will have to head out west to take on the defending Super Bowl champions.

Stidham will have his work cut out for him taking on Patrick Mahomes in a matchup that clearly favors the latter.

It will come down to the Patriots’ defense if Belichick wants to return home on a win.

Unfortunately for the Patriots, this season might come down to the quarterbacks.

The Pats are on the road in Week 2 against the Seahawks and unless Stidham gets a win in Miami in Week 1, his confidence against veteran quarterback Russell Wilson doesn’t stand a chance.