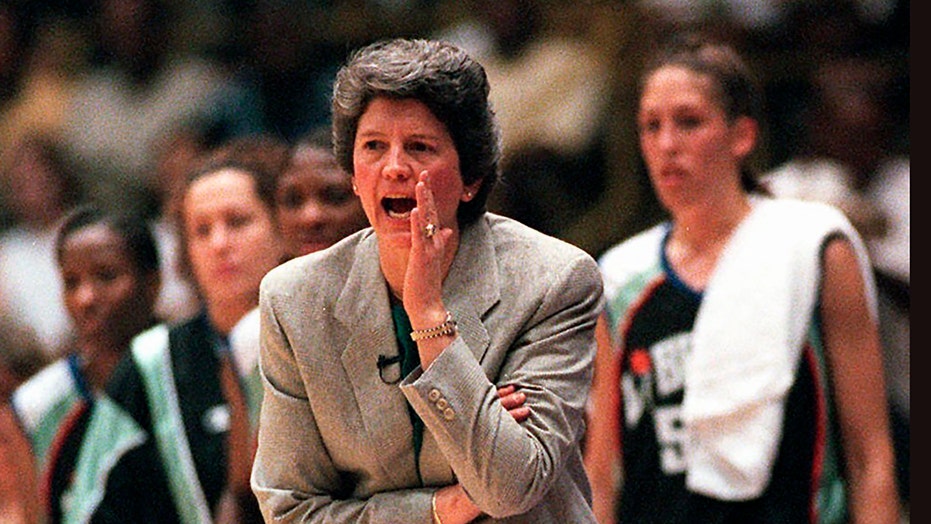 Nancy Darsch, who guided the Ohio State women's basketball team to the 1993 title game and went on to coach in the WNBA, has died. She was 68.

She had Parkinson's disease and died Monday in her hometown of Plymouth, Massachusetts. Brian Agler, who coached with her at Seattle in the WNBA, said Darsch's family informed him of her death.

Darsch started her college coaching career as an assistant at Tennessee under the great Pat Summitt. Darsch led the Buckeyes for 12 years, from 1985 to 1997, compiling a 234-125 record and making seven appearances in the NCAA Tournament.

“Nancy was a trailblazer, coach and mentor. I was lucky to have such a caring and kind coach,” former Ohio State star Katie Smith said in a statement. “She loved what she did and the people she shared it with. Always had a smile on her face, a fun comment to make you laugh and a playful punch on the arm. She will be dearly missed.”

After her stay in Columbus, Darsch went to the WNBA and was the inaugural coach of the New York Liberty in 1997. She helped the team reach the WNBA Finals that first season when they lost to the Houston Comets.

“We are grateful for Nancy's leadership as a pioneer of this game,” the Liberty said in a statement. “Her contributions to the advancement of both collegiate and professional women's basketball and her passion for the game will forever be felt.”

Darsch later coached the Washington Mystics and was an assistant for the Minnesota Lynx and Seattle Storm. She was a coach with the Storm from 2008-13 and helped them win a championship in 2010.

“She was a great coach and even better person. The thing that jumped out to me was her lack of ego and how humble she was,” Agler said. “Veteran players really liked her because they respected her wisdom and that’s what she brought to the table. Basketball wisdom or life wisdom.”