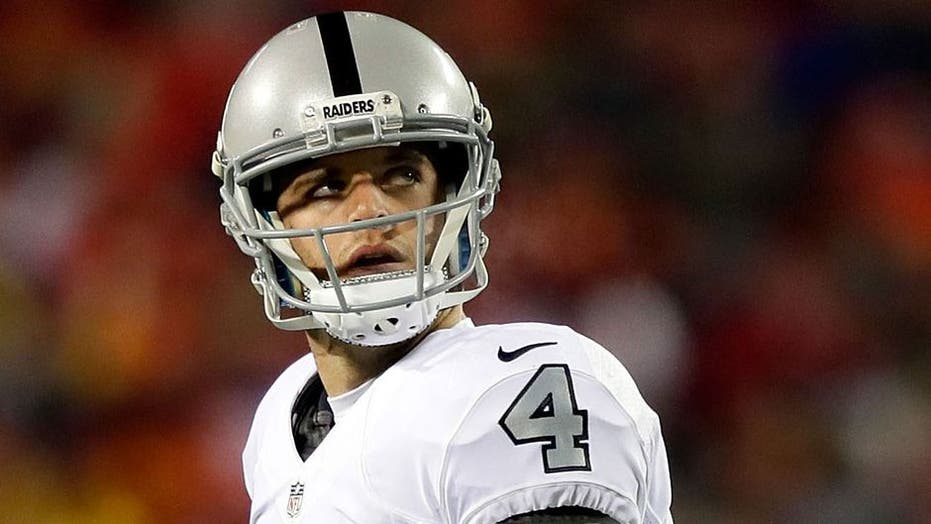 The Las Vegas Raiders are going to be in a new home with a rather tough schedule to start the season.

While rumors swirled about Derek Carr’s future with the Raiders, he remains the team’s quarterback going into the season and will have some new targets to throw to. Las Vegas selected Henry Ruggs III and Lynn Bowden Jr. during the draft and are likely to make them key parts of the offense.

Las Vegas’ defense will rely again on Maxx Crosby and Clelin Ferrell to do some damage upfront. The Raiders are playing in one of the tightest divisions in the NFL and it’s going to come down to their defense, mostly their secondary led by Johnathan Abram and Damarious Randall to be clutch.

The Raiders play opponents from the AFC East, AFC South, NFC South, and AFC North during the 2020 regular season.

Here are three intriguing matchups on the Raiders’ schedule.

It will be important for Carr and the Raiders to get started off on the right foot in 2020. Beating the Panthers on the road would do just that.

The Panthers will have some momentum on their side with a new coach and new quarterback. Carr is going to have to put the trade rumors behind him and continue to lead the offense. He’s in a critical part of his career and getting a win in Week 1 will do just that.

In Week 2, the Raiders have to play the Saints. New Orleans is one of the better teams in the NFL and beating them early would raise some eyebrows and give Las Vegas a boost to start the year.

The Saints’ matchup is also the first game in Las Vegas for the Raiders. Getting a win over the Saints in their new building will be hugely important.

The Raiders and Broncos will meet twice during the season. While their Week 10 meeting in Las Vegas is going to be important, their Week 17 meeting could have playoff implications.

A tough divisional matchup could determine the fate of either team or have implications for some other teams in the conference. The Raiders might have some momentum on their side coming off games against the Miami Dolphins, Los Angeles Chargers, Indianapolis Colts and New York Jets.