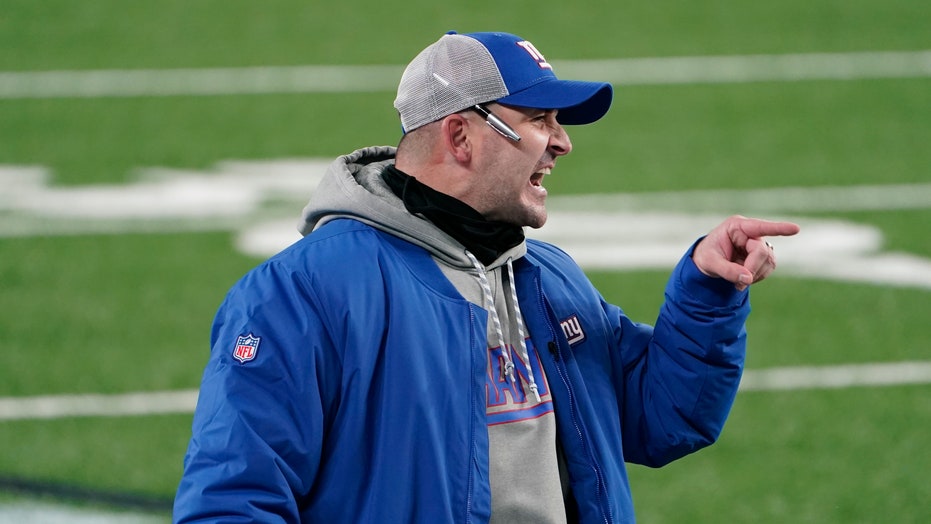 That is Joe Judge’s take on anyone accusing Daniel Jones of not being aggressive enough as the second-year quarterback comes to grips with getting a secure grip on the football.

The failure to limit and prevent bad plays has held Jones back. The absence of big plays will hold the Giants back.

Jones, his head coach says, is not holding anything back.

“I would disagree with that — I think he’s doing a lot of things aggressively,” Judge said Wednesday. “I think the way this guy stands in the pocket when the rush is collapsing on him at certain times or makes plays with his feet extending outside the pocket, the way he’s willing to pull the ball in some of the zone reads and run downfield and take a big hit. I see a lot of aggressiveness in Daniel, and I like the way he plays.

“When it comes time to take our shots, we’ll take our shots offensively. Sometimes we have to be a little bit more calculated about how we want to systematically move the ball down the field. That being said, look, I think Daniel is a developing player. I think he’s shown a lot of promise, he’s making a lot of gains this year.”

His head coach calling him a “developing’’ player did not cause Jones to flinch.

“I’m not sure about how I’d label myself or I’m not sure how productive that is for me to do,” he said. “I certainly understand there’s lots of areas in my game that I need to improve on.”

There is a line any young quarterback must straddle: When to take a chance and when to reign it in.

On the second offensive series last week, Jones faced a third-and-10 situation with his team already in field-goal range. A blitzer came free and, rather than risk anything, Jones threw the ball out of the end zone and on the next play the Giants took a 3-0 lead.

The box marked “Playmaking” does not have enough checks. Jones has only eight touchdown passes in nine games and has not thrown for more than two touchdowns in any game this season. As a rookie, three times he threw for four or more touchdowns. His yards per attempt in year No. 2 are down, slightly (6.1 vs. 6.6). Acclimating to coordinator Jason Garrett’s offense has taken time and sapped some of the big-play threat out of Jones’ game.

Or, is managing the game actually the correct job description of Jones as a quarterback?

“I’d agree with that,” Jones said. “I think a big part of it is understanding when the opportunity’s there and the ability to recognize that quickly and anticipate it and take it. The ability to make a decision quickly and avoid a negative play, a sack, or holding the ball, all those situations maybe go into the game management category that are important skills as a quarterback.”

Jones last week played a clean game but certainly not a pristine game. A pass that deflected off the hand of Evan Engram was ruled an interception before a replay overturned the turnover. Jones lost the ball on a scramble but the ball rolled out of bounds. Jones also dropped the ball while getting sacked in the fourth quarter and was fortunate to fall on it himself.

“The two balls that hit the ground, we never want to have that,” quarterbacks coach Jerry Schuplinski said. “We had the one where he was running on the keep there and he was going out of bounds, luckily he was on his way out of bounds.

“And then the other one in the pocket scared us all for sure, including him. He usually does a good job of being conscious and trying to keep two hands on it. That one was just carried low and bounced off his leg, kind of a freak thing.”

It is all part of the development of a developing player.