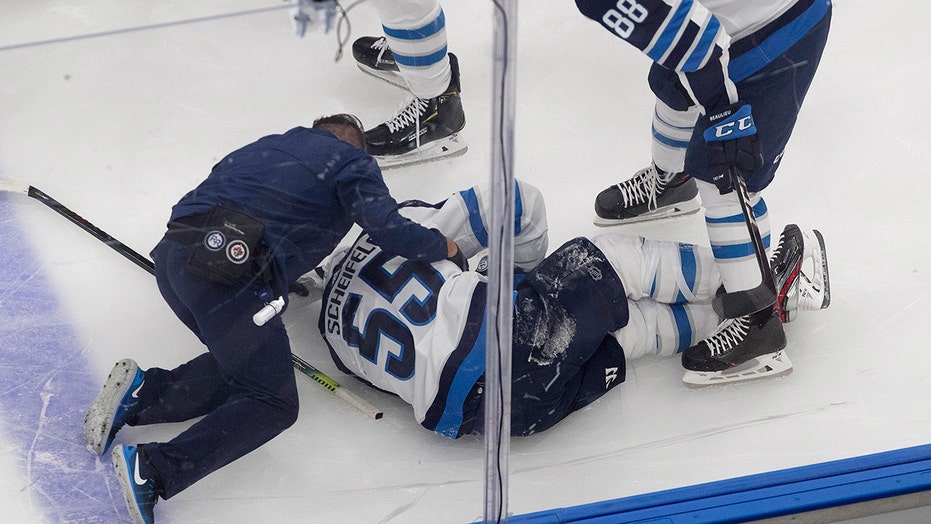 Scheifele went down with an injury in the first game of the Jets’ series against the Flames as part of the qualifying round to make the Stanley Cup Playoffs. Scheifele was writhing in pain on the ice and had to be taken off of it with the help of trainers. The Jets lost the game 4-1.

“It was intentional,” Maurice said, according to ESPN. “It was a filthy, dirty kick to the back of the leg. You can't see it on the program [camera] feed, but you take the blue-line feed and you zoom in. He went after the back of his leg. Could have cut his Achilles [tendon]. Could have ended the man's career. It's an absolutely filthy, disgusting hit.”

NHL'S 2020 PANDEMIC-SHORTENED SEASON: EVERYTHING YOU NEED TO KNOW

Tkachuk denied he did anything wrong on the play.

“No, absolutely not,” he said. “I'm backchecking on him. It's such an accident. I felt terrible. He was turning away, and I just went in and my left skate had a little bit of the speed wobbles. I was probably moving too fast for myself, and I was going down. It looked like my leg probably jammed him up.

“I feel terrible. He's a top player in the NHL and someone I've gotten to know in the past few summers [training with him]. It's not good for the game when somebody like that isn't in the game. It was very unfortunate and unlucky. But there's really nothing that could have happened.”

Scheifele is the Jets’ top points-getter. He leads the team with 73 points and played nearly 3 minutes before he went down with an injury.