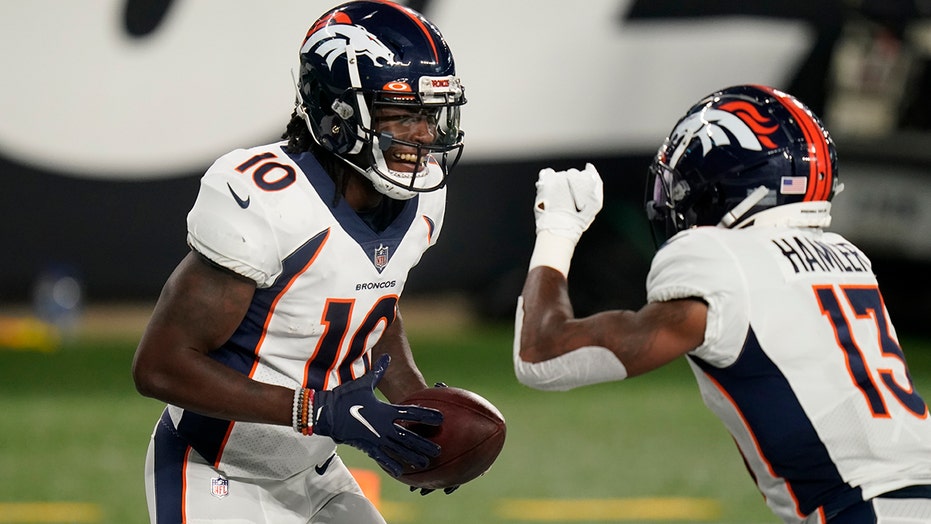 The Denver Broncos defeated the New York Jets, 37-28, on Thursday night to pick up their first win of the season.

Broncos linebacker Bradley Chubb picked up a sack on Sam Darnold with 2 minutes remaining in the fourth quarter to abruptly end the Jets’ drive.

On the next play, after the turnover on down, Broncos running back Melvin Gordon ran for a 43-yard touchdown to put the cherry on top of the win.

Brett Rypien, who had been mostly a practice squad member during his short career, picked up the first win of his career despite throwing three interceptions, including a Pick 6 to Pierre Desir. Rypien finished 19-for-31 with 242 passing yards and two touchdown passes.

Rypien’s first touchdown pass came in the second quarter to Jerry Jeudy, who ripped the ball away from Desir to get the touchdown. He then threw his second touchdown pass in the third quarter to Tim Patrick, who finished with a team-high 113 receiving yards on six catches.

Gordon would finish with 107 rushing yards on 23 carries and had two touchdowns.

Darnold started out with a 46-yard rushing touchdown but then was knocked out of the game with an apparent shoulder injury. He was 23-for-42 with 230 passing yards. He didn’t have a touchdown pass nor did he have an interception. He was sacked six times.