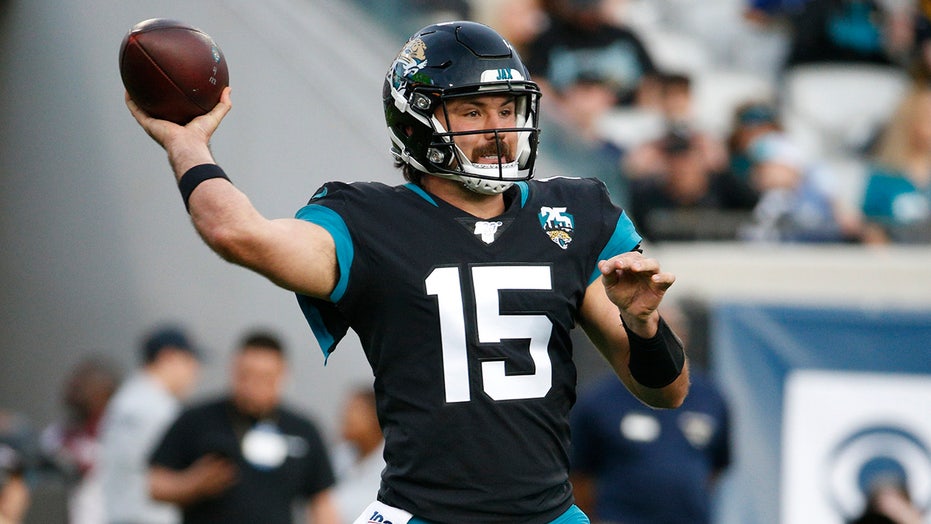 The Jacksonville Jaguars are putting their faith behind second-year quarterback Gardner Minshew II after a solid rookie season filling in for the injured Nick Foles.

Foles was traded away to the Bears and the new-look Jaguars are looking to improve in the AFC South. Last season was rocky and most of their key players from the 2018 run to the AFC Championship Game are gone, but the Jaguars still have players like Myles Jack and Josh Allen to create enough of a force and make some big plays.

The Jaguars are sticking with running back Leonard Fournette and they signed tight end Tyler Eifert to give Minshew another weapon to throw to on the offense. The Jaguars have D.J. Chark, and second-round draft pick Laviska Shenault Jr. who should make a splash in their offense as well.

Jacksonville is playing opponents from the NFC North, AFC North, AFC East and AFC West during the 2020 season.

Jacksonville’s season will start Sept. 13 against the Indianapolis Colts.

Here are three intriguing matchups on the Jaguars’ 2020 schedule.

When the Jaguars meet the Miami Dolphins, a potential Gardner Minshew vs. Tua Tagovailoa matchup is something that would be worth tuning into.

Tagovailoa, the former Alabama quarterback, will be must-watch TV over the duration of the entire season simply because many football fans don’t know what to expect after he suffered a serious hip injury in his final season with the Crimson Tide.

The Jaguars’ defense will be young and hungry, and Miami is on the rebuild under head coach Brian Flores, so this is a game to definitely check out in Week 3 of the season.

There’s a really good chance by the time Week 9 rolls around, former Oregon quarterback Justin Herbert may be under center for the Chargers. After moving on from veteran Philip Rivers in the offseason, the Chargers will enter the season with Tyrod Taylor and Herbert competing for the starting gig.

Herbert, along with Tua Tagovailoa and Joe Burrow will all be interesting to follow as the season continues on.

Assuming Foles is the starter for the Bears in Week 16, this will be a game against a team he signed with last offseason. It will interesting to potentially see Foles square off against Gardner Minshew and the Jacksonville Jaguars.

If the Bears are to be playoff contenders this season, this game will be a must-win situation late in the year because they are clearly the superior team in this matchup.

The Jaguars will likely have the No. 1 pick in the 2021 NFL Draft, and they could potentially land Clemson quarterback Trevor Lawrence as the future of their franchise.