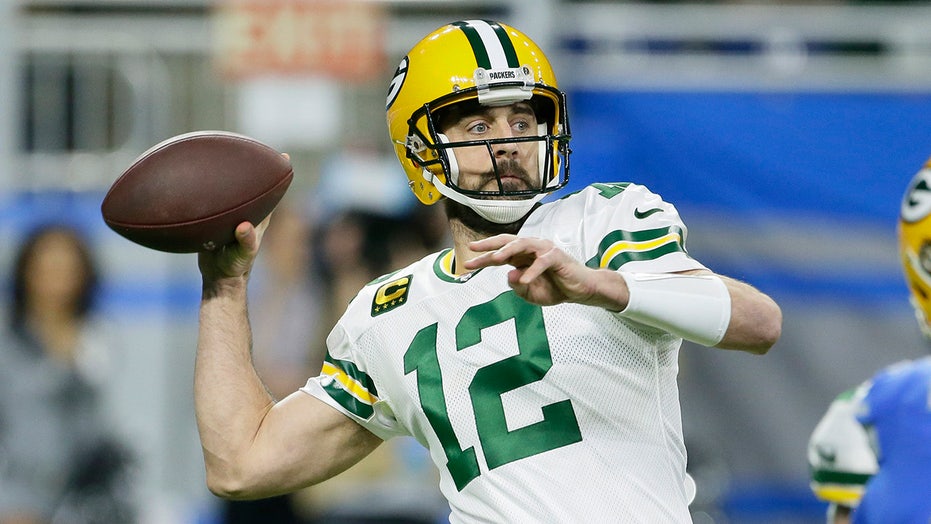 A year removed from the NFC Championship, the Green Bay Packers, still led by quarterback Aaron Rodgers, will look to continue their winning ways in 2020.

The Packers were one game away from making the Super Bowl last season, but they were swallowed up by the San Francisco 49ers. Rodgers didn’t really have a powerhouse offense around him -- and still doesn’t.

Instead of going with a skill-position player in the first round of the 2020 NFL Draft, Green Bay selected quarterback Jordan Love, possibly putting a strain on the relationship between Rodgers and the organization.

The Packers were 15th in points scored and 18th in yards gained last season. It will be up to Rodgers to block out the noise from the offseason to have a successful season.

The Packers will face teams from the AFC South, NFC East, NFC South and NFC West during the 2020 regular season.

Green Bay’s season will start Sept. 13 against the Minnesota Vikings.

Here are three intriguing matchups on the Packers’ 2020 schedule.

On Sunday Night Football in Week 3, we may get a final matchup between Aaron Rodgers and New Orleans Saints quarterback Drew Brees, assuming Brees retires at the end of the season.

Last year, the Saints were upset in the Divisional Round against the Minnesota Vikings, and this may be their last chance to make a Super Bowl run in the Brees/Sean Payton era.

These two teams could potentially meet again in the playoffs, but if they don’t this may be it. If you’re excited to see an offensive showdown between two of the greatest quarterbacks in this era, this is the matchup for you.

After a Rodgers vs. Brees matchup in Week 3, a Rodgers matchup against the Tampa Bay Buccaneers and their newly acquired quarterback Tom Brady in a Week 6 game will be the best matchup of the week.

If you’re looking for another offensive explosion between two of the greatest quarterbacks in league history, this is the game for you. Rodgers throwing to wide receiver Davante Adams and running back Aaron Jones, and Brady and his arsenal of weapons featuring Mike Evans, Chris Godwin, and Rob Gronkowski will be an offensive showcase.

Three weeks later, the Packers will once again travel to San Francisco to take on the San Francisco 49ers in a rematch of last year’s NFC Championship game on Thursday night in Week 9.

The 49ers dominated the Packers in all facets of the football game in the title game last season, and honestly, not much will change when they face off again. 49ers running back Raheem Mostert ran for 220 yards and four touchdowns in a 37-20 victory.

Rodgers threw for 326 passing yards and two touchdowns but had two interceptions and one fumble lost. The 49ers tenacious defense wreaked havoc on the Packers’ signal-caller, and not much will change here.

The Packers will try to seek revenge in this game, but the 49ers are hungry to get back to the Super Bowl after falling to the Kansas City Chiefs.