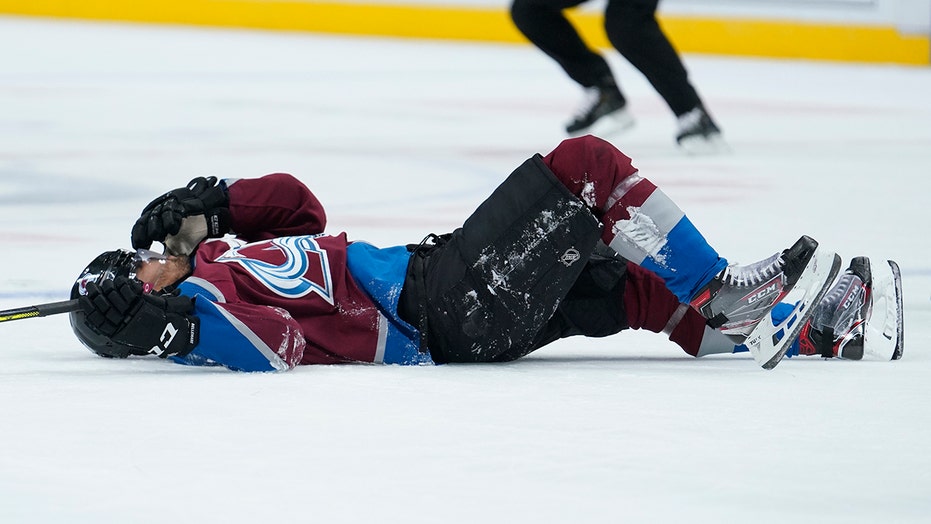 “I could not agree less,” Bellemare said. “The level of play might take a day or two to get to the competitiveness, but this Stanley Cup playoff is going to be the toughest ever.”

Not only are teams, such as the previously injury-depleted Avalanche, far healthier than they were when the season was paused in March, everyone is faced with the same challenge of restarting from a standstill.

“You don’t have any team that played 82 games and feels unbelievable because they had a great season. That was 12 weeks ago, 14 weeks ago. I mean, this is gone,” Bellemare said. “So, every team’s going to have to from Day 1 create its own momentum.”

Three months ago, Doughty questioned what the format would resemble and how the regular season ended with 189 games remaining.

“I’m just not a huge fan of it, as much as I want to play,” said Doughty, whose Kings didn’t qualify for the expanded 24-team playoff.

In light of the concerns, players earned praise for demanding the four traditional playoff rounds be best-of-seven series to preserve the integrity of postseason.

“It was already the hardest trophy to win. I think it just got a little harder,” New York Islanders forward Cal Clutterbuck said.

More than four months since a puck was dropped in a competitive setting, and following two weeks of training camp, the NHL took its next step toward resuming play: All 24 remaining teams were entering the “bubble” in their respective hub cities of Toronto and Edmonton, Alberta. Each will play one exhibition game before the playoffs open Aug. 1.

It will be a postseason like no other since the Stanley Cup was first awarded to the Montreal Hockey Club in 1893. The field of 24 is the NHL’s largest ever, while the crowds will be the smallest — with no fans allowed to attend.

There will be a preliminary round split in two parts. The top four teams in each conference will compete in a round-robin series to determine first-round seeding, while the remaining 16 compete in best-of-five elimination series. What previously took 16 victories to hoist the Cup, this year’s champion could become the NHL’s first 19-game winner.

And should all go as planned, the Cup will be awarded for the first time in either late September or early October.

Given the challenges, including players being separated from their loved ones for an extended stretch, Nashville defenseman Ryan Ellis favors placing an asterisk next to this year’s winner because of the heightened degree of difficulty.

“We’re all dealing with something that’s a lot different,” Ellis said. “If there’s an asterisk, it’s because it was a harder, harder process to win.”

Carolina coach Rod Brind’Amour said this playoff will compare nothing to what it was like in 2006, when he was captain of the Cup champion Hurricanes.

“Whoever wins this is going to earn it. There’s just no way around it,” Brind’Amour said. “You’ve got to grind it out. And then on top of it, to me, is the sacrifice and just those added elements here about being stuck in a hotel. ... There’s just a lot going on to pull this off.”

The 2006 Hurricanes competed in 25 playoff games, one short of the record held by five teams, including last year’s champion St. Louis Blues.

Dryden won six championships in eight seasons with Montreal in the 1970s, and the most games the Canadiens played in one postseason during that span was 20, in 1971, his rookie season. By comparison, the ’76 Canadiens needed only 13 games to win the title, with Dryden finishing 12-1 and allowing just 25 goals.

For Dryden, each postseason presents unique sets of challenges, ranging from injuries to team chemistry to on- and off-ice distractions. And this upcoming postseason is no different.

“Those who don’t win may say, `We were on our way. We did everything right during the regular season. We were poised for the playoffs and we didn’t have a chance to be that team that we created,’” Dryden said.

“That isn’t the point. The point is the Stanley Cup playoffs are a test. And they’re a test of each player and of each team finding an answer for the circumstances presented,” he said. “That’s what competition is. That’s what competitors are asked to respond to. And those who do it best win.”

Given the uncertainties that come with the coronavirus pandemic, Dryden stressed the importance of the league and players being able to halt play at any point for health and safety reasons.

“We’ve created these expectations and hopes, and maybe these kinds of commitments so there’s no turning back. That’s wrong. There is always turning back,” Dryden said. “But if this does start and if the competition runs its course to the end, then who wins is a worthy Stanley Cup winner.”