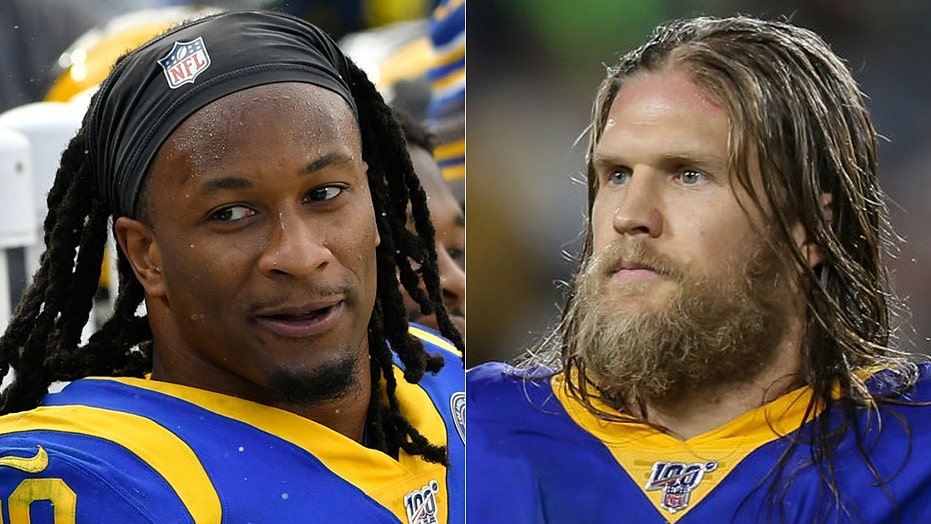 RHULE: TEDDY BRIDGEWATER WAS 'RIGHT FIT' BECAUSE HE KNOWS OFFENSE

“@RamsNFL past due. Send me money ASAP,” Gurley wrote.

Matthews agreed: “You and me both TG. Better get some interest with that, too.”

The Rams didn’t comment on the allegation. A source told ESPN the organization believes they were compliant with the language in both players’ contracts. Both players became free agents in March.

Gurley signed a four-year, $57.5 million contract with the Rams prior to the start of the 2018 season. Los Angeles released Gurley with several seasons remaining on the deal. According to ESPN, the Rams designated Gurley as a post-June 1 release which allowed the franchise to spread the dead money – about $11.75 million – over two seasons.

Los Angeles owed Gurley $7.55 million because of a roster bonus. However, offset language in the running back’s contract allowed the Rams to withhold $2.5 million.

The Rams saved $3.75 million in a salary cap after cutting Matthews. He was due a $2 million roster bonus but offsetting language in his deal allowed the team to withhold the money.

Matthews played 2019 with the Rams after 10 seasons with the Green Bay Packers. In 13 games, he had 37 tackles and eight sacks.