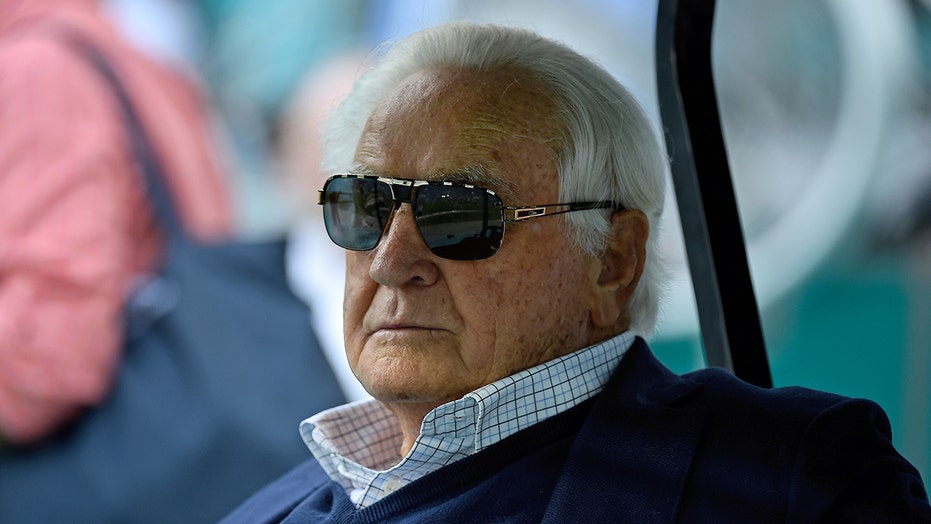 Don Shula, a Hall of Fame NFL coach who led the Miami Dolphins to two Super Bowl titles, has died. He was 90.

The Miami Herald was the first to report the coach’s death, citing one of his children.

The Dolphins later confirmed his death in a separate statement.

“Don Shula was the patriarch of the Miami Dolphins for 50 years. He brought the winning edge to our franchise and put the Dolphins and the city of Miami in the national sports scene," the team said in a statement. "Our deepest thoughts and prayers go out to Mary Anne along with his children, Dave, Donna, Sharon, Anne and Mike.”

Shula was one of the greatest coaches in NFL history. He was known for leading the unbeaten Miami Dolphins to the Super Bowl during the 1972 season. The Dolphins are the only team in NFL history to finish an entire season undefeated.

Shula holds the record for most wins all-time by an NFL head coach. (Photo by Mike Lawrie/Getty Images)

He coached the Dolphins for 26 seasons, with his final season coming in 1995. He led the Dolphins to five AFC Championships and two Super Bowl victories while the coach of the Fish.

Out of the 33 years of being a head coach in the NFL, Shula only had two losing seasons.

He finished his career as a four-time NFL Coach of the Year and holds the record for most wins ever by a head coach with 328. Bill Belichick has the active record with 273 wins as an NFL head coach.

Miami Dolphins coach Don Shula is carried off the field by players Keith Sims (L) and Larry Webster (C) after Miami defeated Philadelphia 19-14 in Philadelphia November 14, 1993. This win made Shula the most successful coach in the league giving him his 325th career victory. (REUTERS/Gary Hershorn)

Before getting into coaching, Shula was a defensive back in the NFL. He played the 1951 and 1952 seasons with the Cleveland Browns. He spent 1953 to 1956 with the Colts and then 1957 with the Washington Redskins. In his career, he had 21 interceptions.

After his career, Shula started the Don Shula Foundation for Breast Cancer Research in memory of his wife Dorothy who died from the disease.

He is survived by his current wife Mary Anne and his five children.