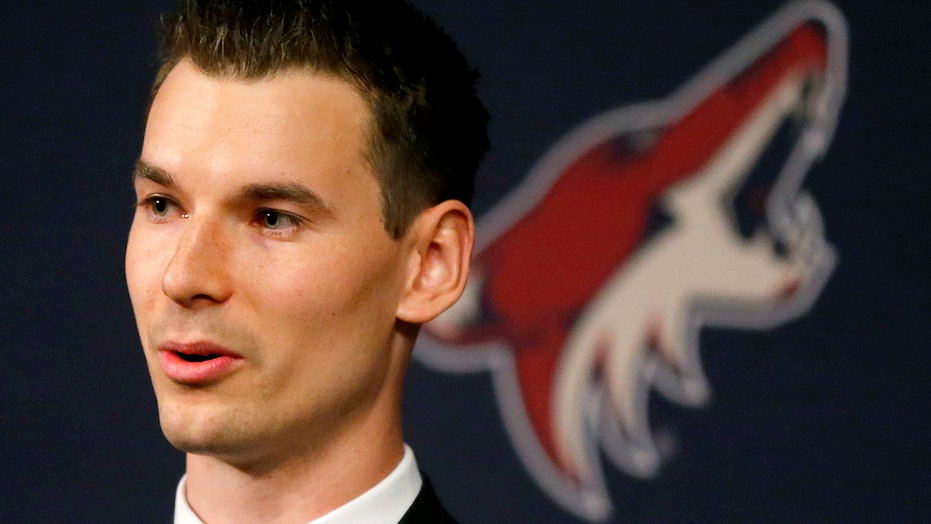 The Arizona Coyotes were just days away from trying to sneak into the playoffs and vie for a Stanley Cup title when general manager John Chayka stepped down from his position.

The team announced Sunday that Chayka was leaving his post as the team’s general manager. He had taken the job in 2016 as a 26-year-old.

“John Chayka has quit as the General Manager and President of Hockey Operations of the Arizona Coyotes. The Club is disappointed in his actions and his timing as the Coyotes prepare to enter the NHL's hub city of Edmonton, where the team will begin post-season play for the first time since 2012,” the team said in a blistering statement. “Chayka has chosen to quit on a strong and competitive team, a dedicated staff, and the Arizona Coyotes fans, the greatest fans in the NHL.”

Chayka said in a separate statement to AZ Coyote Insider that ownership was making things hard on him.

“I love our players, coaches, staff, and fans and I very much wish I could be with the team in Edmonton. Sadly, the situation created by ownership made that an impossibility,” he said. “That's all I intend to say on this matter for now. A fuller, more detailed explanation may be necessary in the near future.”

Arizona’s first game in the qualifying round is against the Nashville Predators.