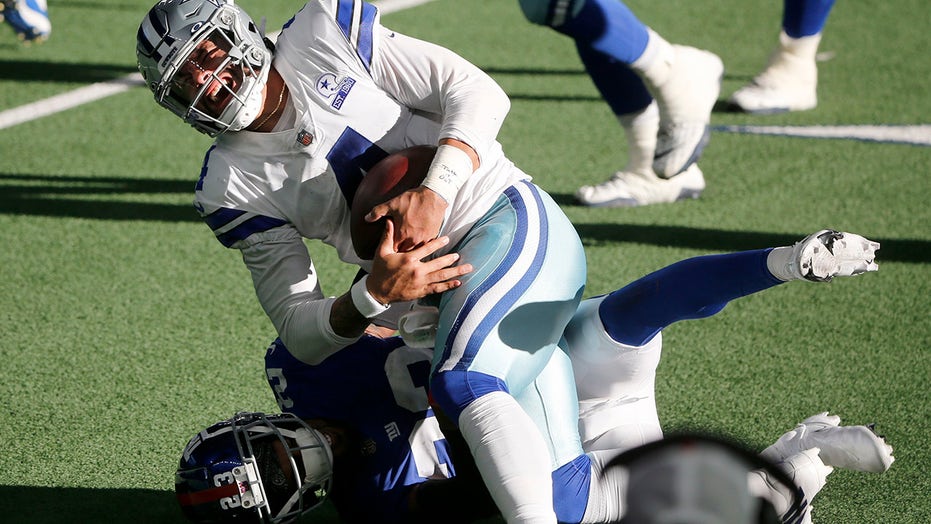 Dallas Cowboys quarterback Dak Prescott will miss the rest of the 2020 NFL season after he suffered a compound fracture and a dislocation of his right ankle during the team’s game against the New York Giants in Week 5.

On Thursday, Prescott gave an update after a successful surgery.

“Just wanted everyone to know that I’m doing well,” Prescott said. “I can’t thank you enough for your love, your support, your prayers over the last few days. They’ve been more than overwhelming. From teammates, to family, to friends… I just wanted to say thank you. They’re definitely appreciated and received well.

WASHINGTON'S ALEX SMITH HASN'T REACHED OUT TO DAK PRESCOTT YET: 'DIDN’T WANT TO SCARE THE HELL OUT OF HIM'

“I’m in great spirits… Just ready to start this road to come back. I know this little adversity is just going to be another chapter in the book. I’m excited to move forward and write it. I just once again can’t thank you all enough for your love and support through it all.”

Prescott wrapped up the 2020 season with 1,856 passing yards and nine touchdowns for the Cowboys, who have a 2-3 record on the season and are currently in first place in the NFC East standings. Dallas will take on the Arizona Cardinals in Week 6.