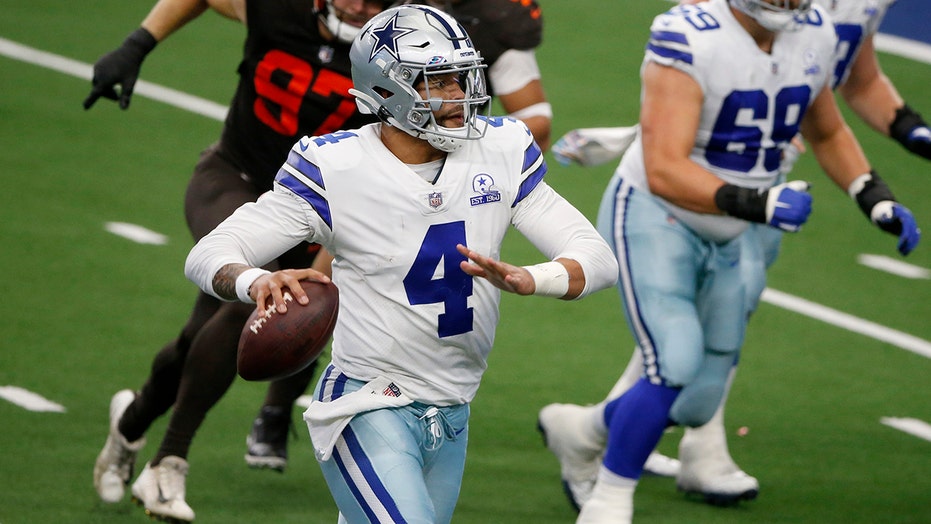 The Dallas Cowboys are expected to sign veteran NFL backup quarterback Garrett Gilbert on Tuesday just days after starter Dak Prescott sustained a serious leg injury that will likely sideline him for the remainder of the season.

Dallas will reportedly sign Gilbert off the Cleveland Browns’ practice squad this week to beef up its quarterback depth chart, which includes former Cincinnati Bengals quarterback Andy Dalton as the starter.

Gilbert, 29, was drafted in 2014 by the St. Louis Rams and has since played as backup for several NFL teams. He was a member of the New England Patriots’ practice squad in 2015, when they defeated the Seattle Seahawks in Super Bowl 49.

Prescott underwent surgery late Sunday night to repair a right ankle compound fracture and dislocation he suffered after getting tackled by New York Giants’ defensive back Logan Ryan. Surgery appears to have gone well for the franchise quarterback -- owner Jerry Jones told KRLD radio on Tuesday that he expects him to be back in around six months.

"He should be ready to go for the latter part of our spring work,” Jones said. “Knowing Dak he'll be out there soon. Physically, there should be no problem with him being back out there in early May or April."

Prescott signed the one-year franchise tag contract worth $31.4 million during the offseason after failing to negotiate a long-term deal with the team. His injury raised fans' concerns about the quarterback’s future in Dallas, but executive vice president Stephen Jones put those fears to rest on Monday, calling Prescott the “future” of the team.

"Absolutely not,” Jones told KRLD when asked if the injury changed the team’s feelings about Prescott. “Absolutely not. He's our future. He's special. If anyone can overcome anything it will be Dak. It's something our doctors feel like he'll overcome, and he'll come back better than ever.”

Prescott leads the NFL with 1,690 passing yards and was on pace for 6,760 passing yards, which would’ve dismantled Peyton Manning’s 5,477 passing yards record that he set in 2013 with the Denver Broncos.

The Cowboys went on to beat the Giants 37-34 to improve their record to 2-3. Dallas will move forward with Dalton when they take on the Arizona Cardinals next week.