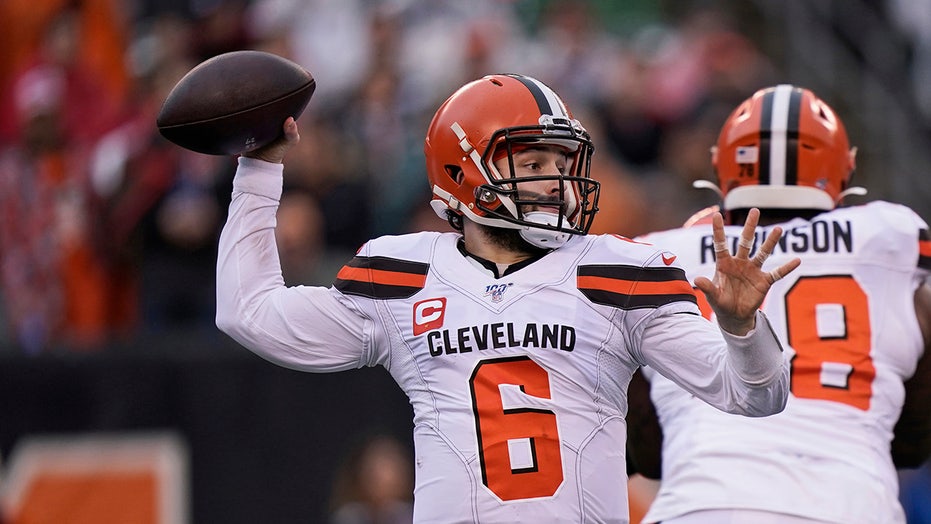 The Cleveland Browns will kick off their 2020 campaign with quarterback Baker Mayfield, who will enter his third season under center.

The Browns will face teams in the AFC South, AFC West and NFC East during the 2020 regular season. Cleveland had a lot of anticipation surrounding them last season, but after finishing with a 6-10 record, the Browns were humbled, and they fell way below expectations.

Cleveland’s season will start Sept. 13 against the Baltimore Ravens.

Here are three intriguing matchups on the Browns’ 2020 schedule.

How about a Baker Mayfield and Carson Wentz matchup in Week 11?

Leading up to this game, it will be interesting to see how Mayfield and his weapons featuring Jarvis Landry, Odell Beckham Jr., Nick Chubb, Kareem Hunt, and newly acquired tight end Austin Hooper will certainly be a handful for the Eagles’ defense in this game.

Wentz, on the other hand, will have a ton of speed at his disposal, including first-round draft pick Jalen Reagor, Marquise Goodwin, and the possible return of DeSean Jackson, which means the Browns will have their work cut out for them on defense.

Monday Night Football in Cleveland against the Baltimore Ravens? This will be an epic game.

After Ravens quarterback Lamar Jackson led the most potent offense in the league a year ago, you can expect a target to be on their backs, and the Browns will have a chance in this Week 14 showdown to take them down.

If the Browns are a legitimate contender this upcoming season, they will win games like this; at home on “Monday Night Football” against a long-time division rival; let’s see what the Browns are made of.

In the final game of the regular season, both the Browns and Pittsburgh Steelers could be fighting for a playoff spot in the AFC. With the addition of a third Wildcard spot in both conferences, both teams could potentially make the playoffs, or one of these teams could knock out the other, and there’s a chance it comes down to this game.

This is another key home game for the Browns, and if they want to take their team to the next level, and earn a playoff spot, they must defeat one of the best franchises in the sport.