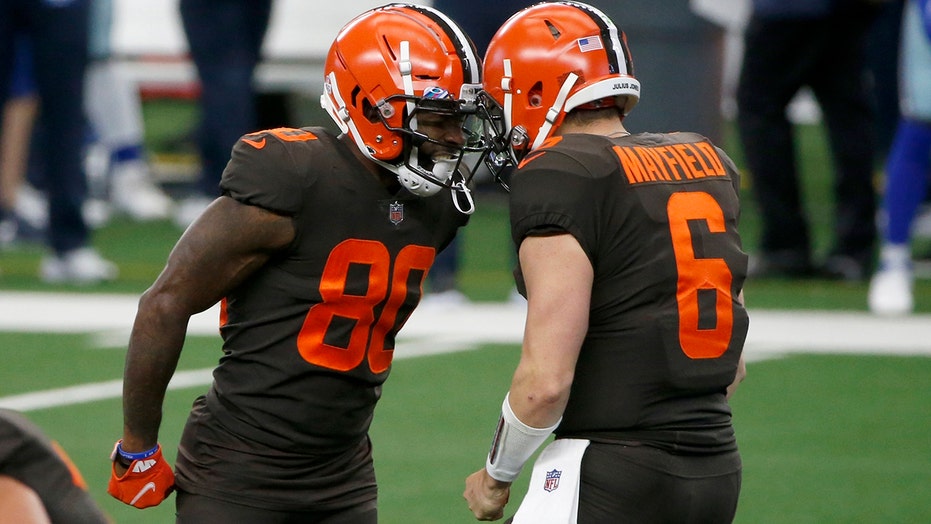 The Cleveland Browns used two of their wide receivers to break out the trickery on their opening drive against the Dallas Cowboys on Sunday.

Early in the first quarter, Baker Mayfield snapped the ball and tossed it to Jarvis Landry, who appeared to be running a reverse play.

Landry then stopped and launched the ball to Odell Beckham Jr., who was waiting for the ball in the Cowboys’ end zone. Cleveland went up 7-0 early in the game.

The Cowboys would answer on the next drive when Dak Prescott found CeeDee Lamb on a 43-yard touchdown pass. The two teams were tied 7-7 midway through the first quarter.

It’s the first touchdown pass of Landry’s career, though it wasn’t the first pass he’s ever thrown. Landry was 1-for-2 in 2018 with 63 passing yards during the season. Between the Browns and the Dolphins, he is 2-for-5 with 72 passing yards and no interceptions.

Beckham is also no stranger to throwing touchdown passes.

He had two touchdown passes when he was with the New York Giants during the 2018 season. One was a 49-yard touchdown pass to Russell Shepard and the other was a 57-yarder to Saquon Barkley.