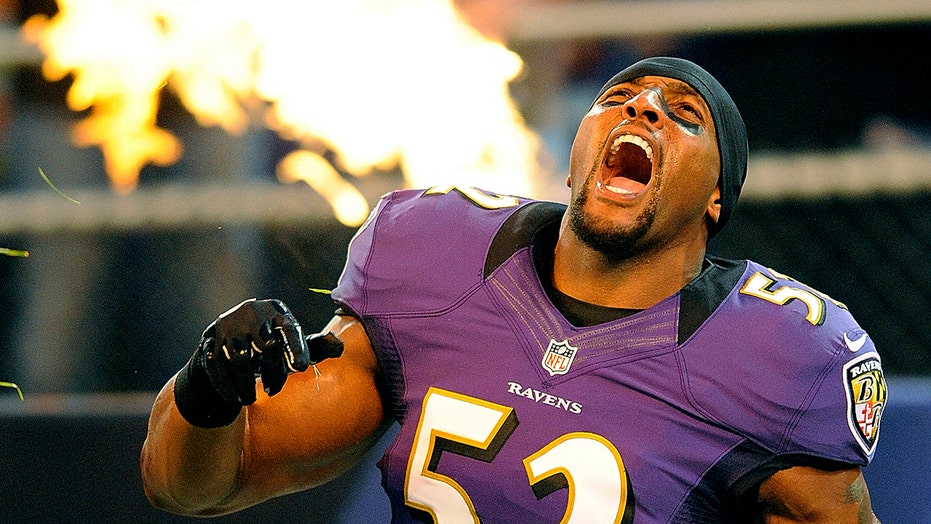 When the Cleveland Browns turned into the Baltimore Ravens back in 1995, one of the most successful franchises in the NFL was born.

Baltimore has produced some of the best players in NFL history since its existence, but who would make a Mount Rushmore of Ravens players? Take a look at the list below.

Baltimore Ravens' Jonathan Ogden is one of the greatest offensive linemen in NFL history. (Photo by Mitchell Layton/Getty Images)

Jonathan Ogden, the fourth overall pick of the 1996 NFL Draft, was the first-ever draft choice of the Ravens' franchise. Ogden, a Pro Football Hall of Famer, spent his entire 12-year career with Baltimore.

He was an 11-time Pro Bowler, a four-time first-team All-Pro, and a five-time second-team All-Pro selection. Ogden was a member of the 2001 Super Bowl champion Ravens, which defeated the New York Giants, 34-7.

Ogden, a member of the Ravens Ring of Honor, was also a part of the NFL's 2000s All-Decade Team, as well as the NFL's 100th Anniversary All-Time Team.

Ray Lewis, a two-time Super Bowl champion with the Ravens, might be the best middle linebacker the NFL has ever seen. (Photo by Rob Tringali/SportsChrome/Getty Images)

Ray Lewis, who pieced together an incredible career, was the heart and soul of the Ravens' defense for 17 years. Lewis was a part of both Ravens' Super Bowl titles, and he was honored as Super Bowl MVP back in 2001.

One of the greatest linebackers in NFL history, Lewis is a two-time NFL Defensive Player of the Year (2000 and 2003), and he's one of the few players in league history to play in the Pro Bowl in three different decades.

Lewis, who is in the Ravens Ring of Honor, was a 13-time Pro Bowler, seven-time first-team All-Pro, and three-time second-team All-Pro honoree. He was a member of the NFL's 2000s All-Decade Team and the NFL's 100th Anniversary All-Time Team.

Ed Reed, a first-round draft pick by the Ravens in the 2002 NFL Draft, played 11 seasons in Baltimore and was one of the best safeties in league history. A nine-time Pro Bowler and 2004 NFL Defensive Player of the Year, Reed has the two longest interceptions returned for touchdowns in league history, one of which that went for 107 yards. He also has the all-time NFL record for interception return yards, with 1,590 for his career, and he has nine-career postseason interceptions, which is the most all-time.

Reed, who had 64 career interceptions and led the league in INTs three times, was inducted into the Pro Football Hall of Fame in 2019. Reed was a five-time first-team All-Pro and three-time second-team All-Pro selection.

The "Ballhawk" was a part of the NFL's 2000s All-Decade Team and the NFL's 100th Anniversary All-Time Team. Reed is also a member of the Ravens Ring of Honor.

Terrell Suggs was a top defensive end for the Ravens for a long time. (Photo by Scott Taetsch/Getty Images)

Terrell Suggs, the No. 10 pick in the 2003 NFL Draft, is the Ravens' all-time sacks leader. Honored as the Defensive Player of the Year in 2011, Suggs was a seven-time Pro Bowler, a two-time All-Pro, and Super Bowl XLVII champion with the Ravens.

Suggs, nicknamed "T-Sizzle," is currently eighth all-time in NFL history with 139 sacks. In 2011, during his best individual season, Suggs racked up a career-high 14 sacks, with 70 total tackles, seven forced fumbles and two interceptions.