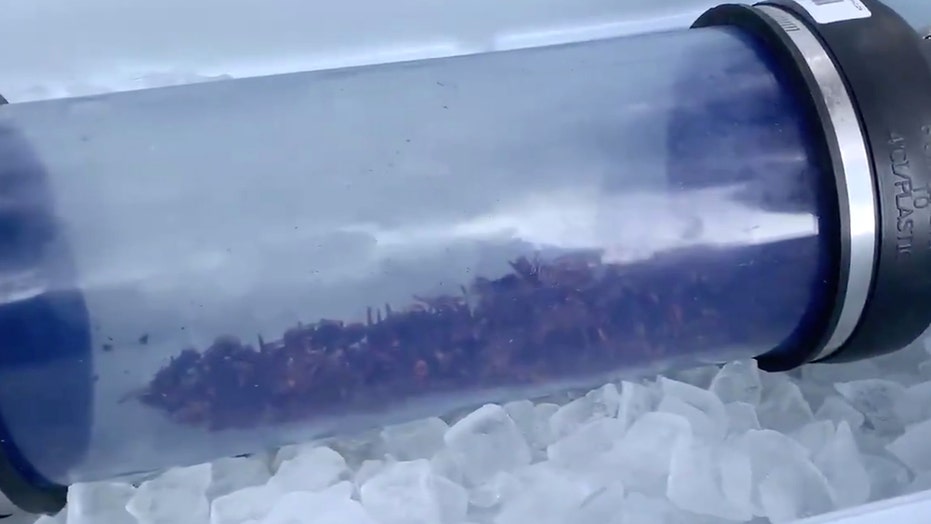 The Washington State Department of Agriculture found dozens of Asian giant hornets camped out in the nest on Thursday.

“Got ‘em,” WSDA tweeted Saturday. “Vacuumed out several Asian Giant Hornets from a tree cavity near Blaine this morning.”

State entomologists were planning to erect scaffolding to get to the nest, seal the hole with foam and then suck the hornets out with a vacuum through a small hole created in the foam, the Spokesman-Review reported Friday.

The bug hunters planned to don special protective clothing and face shields to protect against being sprayed with hornet venom that can cause eye damage, the paper reported.

They were led to the nest by a hornet that had been trapped and fitted with a tracking device.

The hornets are two-inch-long aggressive predators that prey on honey bees.

The scientists are now on the lookout for other Asian giant hornet nests.

“There’s definitely a good chance there’s more than this one,” WSDA managing entomologist Sven-Erik Spichiger said, according to the paper.