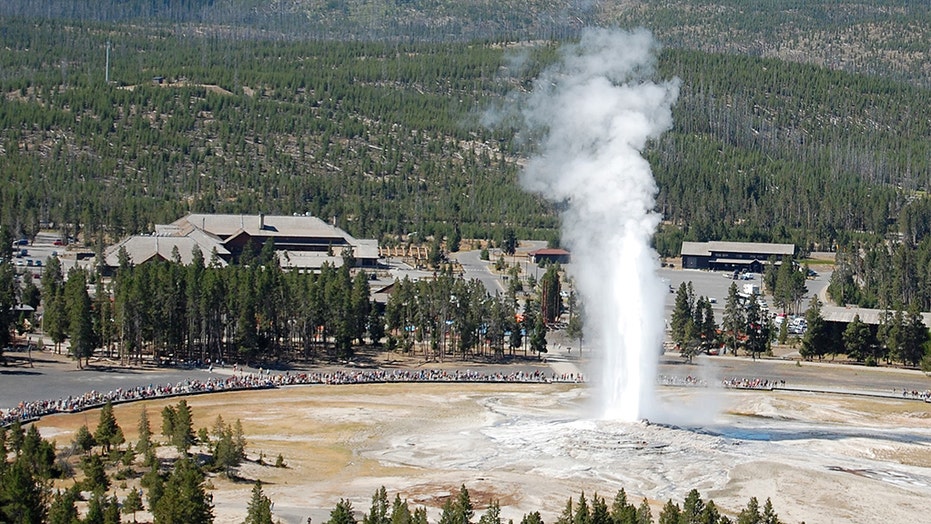 According to a newly published study, the researchers found more than 40 remnants of mineralized wood near the geyser dated between 1233 and 1362 A.D., a period that is associated with "severe multidecadal regional droughts." The experts believe those severe droughts could happen again by the middle of this century, causing the geyser's eruptions to decrease or stop altogether.

According to LiveScience, researchers have discovered that the interval between Old Faithful's eruptions has increased noticeably. In the 1950s, the intervals were between 60 and 65 minutes. Since 2001, the intervals increased to between 90 and 94 minutes.

In an interview with Science, the study's lead author, Shaul Hurwitz said the discovery of the mineralized wood samples led to an "aha" moment as he found they were all from approximately the same time period.

"When I submitted the samples for radiocarbon dating I didn't know whether they would be hundreds or thousands of years old," Hurwitz said in the interview. "It was an 'aha!' moment when they all clustered within a hundred-year period in the 13th and 14th centuries."

At present, the area where the geyser is has no trees due to the hot, alkaline-rich discharge from it.

The research has been published in Geophysical Research Letters.