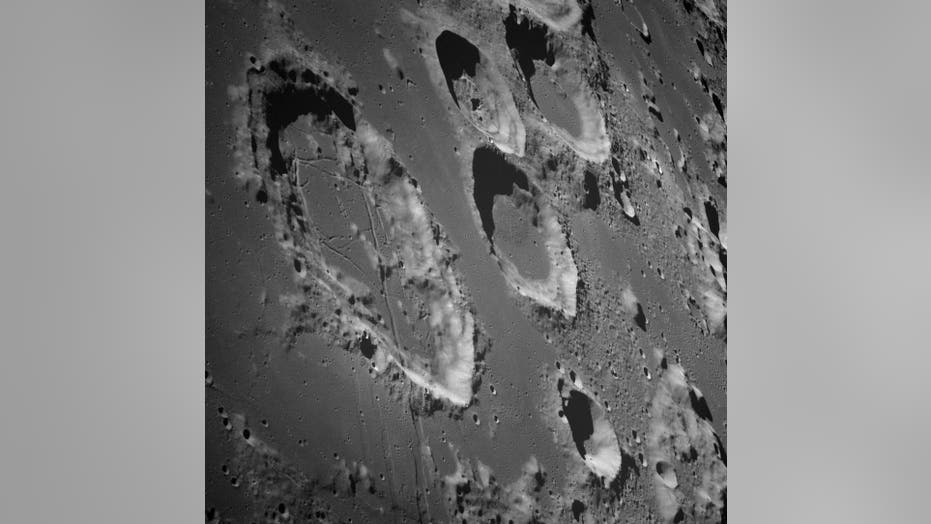 As NASA gets set to return to the moon in 2024 and head to Mars several years later, the space agency awarded a number of U.S. companies with contracts worth $370 million to help make these plans happen.

The contracts, awarded on Wednesday, are for a variety of different initiatives, including cryogenic fluid management and "the first LTE/4G communications system in space."

“NASA's significant investment in innovative technology demonstrations, led by small and large U.S. businesses across nine states, will expand what is possible in space and on the lunar surface,” said NASA Administrator Jim Bridenstine in a statement. “Together, NASA and industry are building up an array of mission-ready capabilities to support a sustainable presence on the Moon and future human missions to Mars.”

This photograph was taken from the Apollo 8 spacecraft with long-focal length lens, looking south at the large crater Goclenius, which is in foreground. Credits: NASA/JSC

The 14 contracts total more than $370 million and the fixed-price contracts can last up to five years.

Part of NASA's "Tipping Point solicitation," these contracts will help the space agency and its partners "develop a range of technologies that will help forge a path to sustainable Artemis operations on the Moon by the end of the decade," NASA added.

A technology is under consideration for the Tipping Point program "if an investment in a demonstration will significantly mature the technology, increase the likelihood of infusion into a commercial space application, and bring the technology to market for both government and commercial applications," according to a description of the program.

Here is the list of U.S. companies and award amounts, along with what the contract is for.