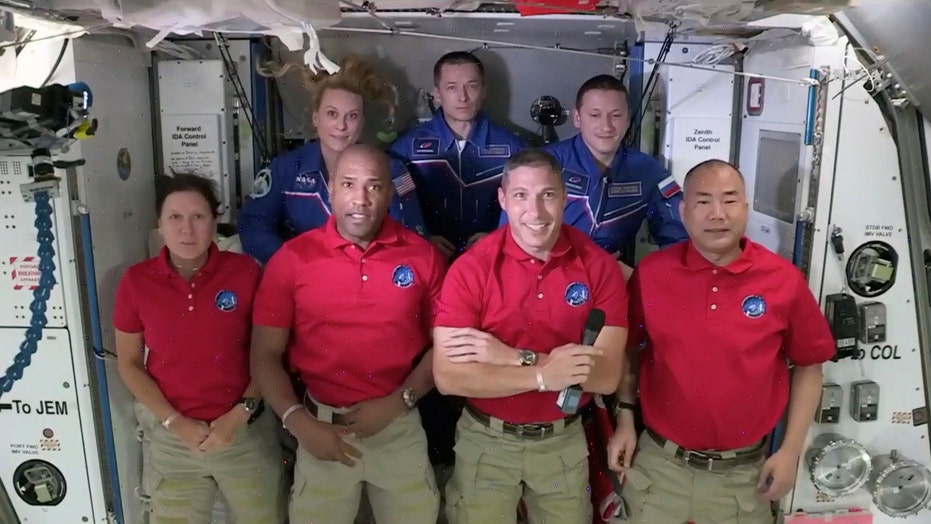 Four NASA astronauts will be celebrating Thanksgiving in space this year, celebrating the holiday on board the International Space Station.

The NASA astronauts will be enjoying a day off Thursday, according to the space agency.

“The crew is scheduled to have the day off, minus their usual exercise,” NASA told Fox News in an emailed statement. “They will have football games uplinked to them (they can watch in real time but often don’t for a variety of reasons including that video isn’t available continually, and the games often start after they’ve begun to sleep since they operate on GMT), and they will enjoy a variety of traditional holiday food.”

In a video message this week, crewmembers showed packets containing the food that they will be eating such as smoked turkey, mashed potatoes, green beans and cornbread dressing.

The NASA astronauts will celebrate the Thanksgiving meal with their international crew members. In the video, JAXA astronaut Noguchi explained that he will be sharing food such as curry rice, red bean rice and seafood prepared by Japanese high school students.

“For me, Thanksgiving is all about family,” said Expedition 64 flight engineer and Air Force Col. Mike Hopkins in the video. “On this particular Thanksgiving, though, it’s going to be a little bit different because I’m spending it with my international family.

“We all feel very blessed to be up here, we’re also very thankful for everything that we have,” he added.