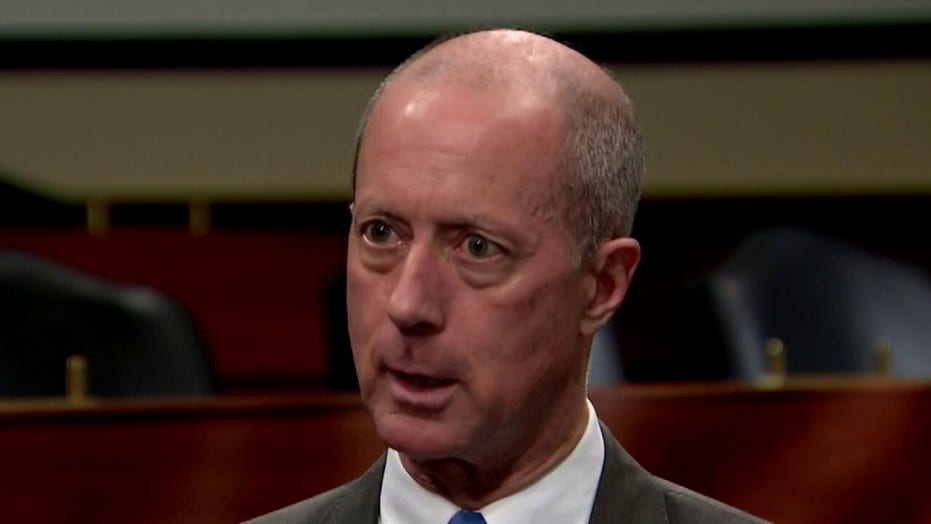 Rep. Mac Thornberry is a fifth-generation rancher from Texas who is leaving Congress after being elected 26 years ago.

The former chairman of the House Armed Services Committee, a lifelong Republican who also sat on the Select Intelligence Committee for years, pointed to a picture of Winston Churchill on his wall and a hat given to him by Afghan President Hamid Karzai after 9/11 as he packed up his office in the Rayburn House Office building. Thornberry helped set up the Department of Homeland Security after the Sept. 11 Al Qaeda attacks on the US and chaired a Cyber Task Force for two years.

Thornberry talked about his tenure in the House Armed Services Committee room where he held the gavel for four years.

GRIFFIN: What are you concerned about election night in terms of national security threats?

THORNBERRY: Oh, I would say disinformation, and in efforts to further widen the divide, the divisiveness that exists in our country -- exploit maybe is the word to use.

GRIFFIN: Do you feel confident that these elections will be fair and that they will not be subject to a cyber attack?

THORNBERRY: I do. I think, again, we're much more aware, we are much more proactive than they have been before. The goal, particularly of Russia, is not necessarily to dictate the results of the election, it is to sow division within our country. And sometimes, we make that all too easy.

GRIFFIN: Why is the race so close in Texas?

THORNBERRY: Texas is changing. Plus, a number of people who have reflexively voted Republican over the years are having problems with President Trump's tone and manner, not so much policies certainly with regard to the economy and so forth. But you know, character is an issue, too.

THORNBERRY: I don't think so. I think it will be closer than it's been in a very long time. And Texas will be more of a political battleground …than any time in my political lifetime.

GRIFFIN: What could President Trump have done differently at the start of the pandemic?

GRIFFIN: The president thinks there's a military industrial complex that's running Washington, the Pentagon. He's criticized the generals saying that they want the wars to continue. What's your reaction to that?

THORNBERRY: That's just wrong. And it's frankly offensive to say that the people who know war the most, the closest, who have lost friends and loved ones would be in any way cavalier about the toll it takes and in fact I've found just the opposite.

GRIFFIN: Do you think the Republican Party has changed since you came to Washington?

THORNBERRY: Oh, both parties have changed a lot since I came to Washington. When I came here there really were conservative Democrats and relatively moderate, if not slightly liberal, Republicans and all of that has gone away. I'm often asked, what keeps you up at night, and it's no foreign threats that worry me. We can handle China, Russia, Iran, terrorists. The one thing we can't handle is if we self-destruct.

A warning from the former chairman of the powerful Armed Services Committee not to take the bait. On election night, DHS will have a rapid response cyber war room set up for state election representatives to report any nefarious activities and to tamp down disinformation. National Guard units, especially in Washington state where these citizen-soldiers work for companies like Microsoft and cyber security firms, have deployed cyber units to help protect state elections. Thornberry is leaving Capitol Hill knowing he helped lay the groundwork for U.S. Cyber Command.

Now he finds there is little place in Washington for lawmakers like him who like to work across the aisle and care about the nation’s national security. That, he says, used to be a bipartisan area of agreement.