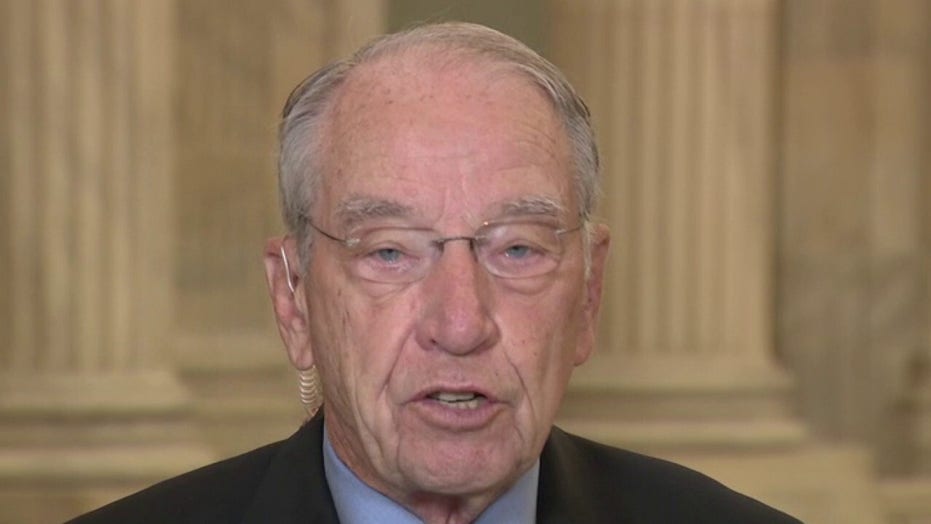 Sen. Grassley on what to expect from Barrett confirmation hearing

The confirmation battle over Judge Amy Coney Barrett has reignited calls to expand the U.S. Supreme Court should Democrats capture the White House and Senate in the November election — even though Ruth Bader Ginsburg was a strong opponent to the practice.

The Supreme Court has had nine justices for more than 150 years, but the Constitution does not require nine. Congress sets that number.

"Nine seems to be a good number. It's been that way for a long time," Ginsburg told NPR in July 2019. "I think it was a bad idea when President Franklin Roosevelt tried to pack the court."

But some Democrats argue that adding more justices to the nation's highest court is an appropriate response to Republicans blocking President Barack Obama's nomination of Judge Merrick Garland in 2016 on the premise that seats should not be filled in election years, and then rushing to fill a vacancy in the wake of Ginsburg's unexpected death.

"This Republican hypocrisy is shameful but not surprising," Sen. Ed Markey, D-Mass., tweeted. "If they violate their own precedent, we must expand the Supreme Court."

GOP senators contend this year is unlike 2016 because the same party controls both the White House and the Senate. If Republicans confirm Barrett, whose hearing begins Monday, it would tilt the bench 6-3 in favor of conservatives.

Ginsburg argued that adding more members to the court would make it look "partisan," something that justices strive to avoid.

"If anything would make the court look partisan," she said. "It would be that — one side saying, 'When we're in power, we're going to enlarge the number of judges, so we would have more people who would vote the way we want them to.'"

No president has tried to change the size of the court since 1937, when Franklin D. Roosevelt introduced what became known as the "court packing plan" in order to get the Supreme Court to uphold New Deal legislation. It ultimately failed and the number of justices stayed at nine.

PELOSI, SCHUMER MUM ON COURT PACKNG AS BIDEN REFUSES TO GIVE STANCE

Democratic presidential nominee Joe Biden and his running mate, Sen. Kamala Harris, have refused to say whether they support adding more justices to the court should they win on Nov. 3. On Friday evening, he drew criticism for saying that voters "don't deserve" to know his position.

“You’ll know my position on court packing the day after the election," he said.

Biden has previously dismissed the practice of court packing, arguing that it could ultimately backfire on Democrats. (In 1983, he called it a "bonehead" idea).

"I'm not prepared to go on and try to pack the court, because we'll live to rue that day," he told Iowa Starting Line last July, in the midst of the Democratic primary.

He echoed that sentiment again during a Democratic primary debate in October.

Popular support for expanding the court remains low: A survey taken in July, before Ginsburg died, found that 19% of Republicans and 30% of Democrats favored adding more justices.