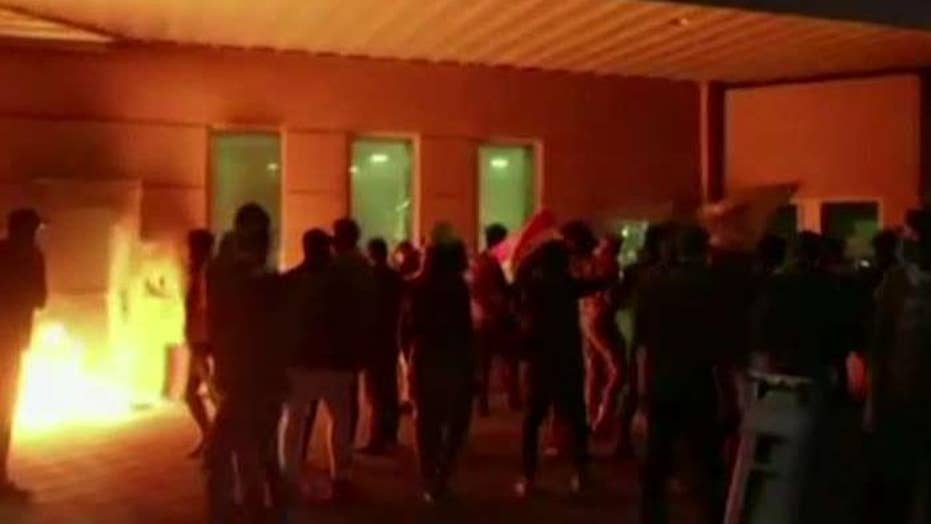 A progressive veterans PAC is under fire for a tweet suggesting hope that the violent protests that erupted at the U.S. embassy on Baghdad would go down as President Trump's "Benghazi."

"Hey @POTUS remember [your] Benghazi rants during 2016? You're about to have your own one unfortunately in Iraq," VoteVets wrote in the now-deleted tweet.

The "Benghazi rants" was in reference to Trump's repeated attacks against former Secretary of State Hillary Clinton over her handling of the 2012 Benghazi terrorist attack that left four dead including U.S. Ambassador Christopher Stevens.

"Yes, this is just like Benghazi, except um...this time reinforcements were sent. And nobody is blaming it on an obscure YouTube video. And what the hell is a 'veterans org' doing gleefully tweeting about an attack on the US?" author and Afghanistan veteran James Hasson reacted.

"Besides the fact that the ambassador hasn’t been murdered & dragged thru the streets, that the protests haven’t been blamed on a YouTube video but rather on the violent [demonstrators] themselves & their foreign backers, & that dozens of reinforcements were quickly sent — yep. Same," Washington Examiner reporter Jerry Dunleavy wrote.

VoteVets did not immediately respond to Fox News' request for comment.

Crowds of angry Iraqis protesting America's recent airstrikes against an Iran-backed militia laid siege to the U.S. Embassy compound, chanting "Down, Down USA!" as they stormed through a main gate, prompting U.S. guards to fire tear gas in response.

A U.S. defense official told Fox News that 100 Marines were being sent to the embassy to bolster security. Defense Secretary Mark Esper later confirmed additional forces were being sent, as the military released images of those forces deploying from Kuwait.