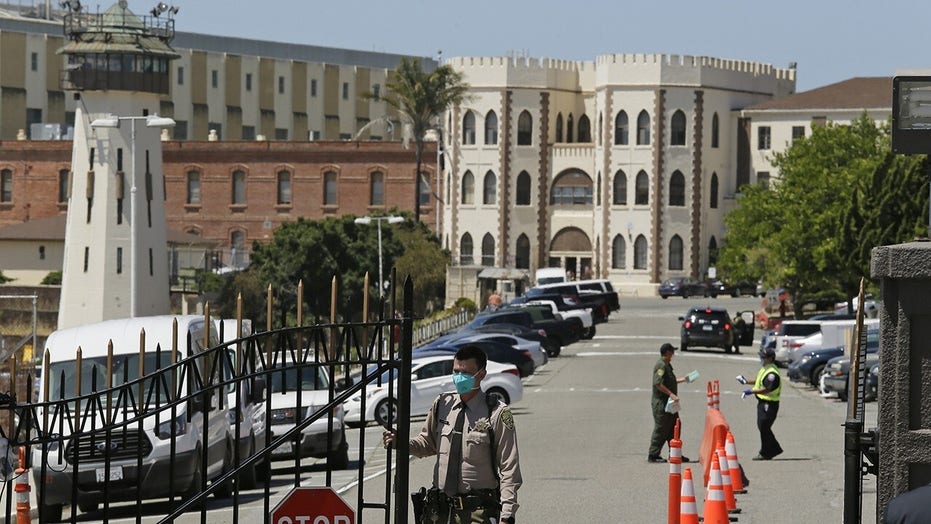 California Gov. Gavin Newsom on Wednesday signed a number of police reform bills that ban chokeholds and allow the Justice Department (DOJ) to probe police shootings, among other things, before the end of the 2020 legislative season.

Democrats in the state have been pushing for police reform since George Floyd, a Black Minneapolis man, died in police custody in May after a White police officer kneeled on his neck for nearly nine minutes, as seen in moments captured on video, sparking outrage and protests across the nation.

"CA just became the first state in the nation to mandate the study and development of proposals for reparations," Newsom, a Democrat, wrote in a Wednesday tweet. "Our past is one of slavery, racism and injustice. Our systems were built to oppress people of color. It’s past time we acknowledge that."

Gov. Gavin Newsom talks to reporters at his Capitol office in Sacramento, Calif. Newsom signed into law Wednesday a bill that would establish a nine-member task force to study and develop reparations proposals for the descendants of Black slaves. (AP Photo/Rich Pedroncelli, File)

AB 1506 will establish an investigative unit within the state Justice Department that will allow officials to look into officer-involved shootings upon the request of law enforcement or attorneys, according to Politico.

Assemblymember Kevin McCarty, a Democrat who introduced the legislation in February 2019, said it took three and a half years for the bill to be enacted, Politico reported, and that it "allowed us to get bipartisan support."

AB 1196 will ban law enforcement's use of carotid restraints or chokeholds – a practice that a number of states have banned or restricted after Floyd's death.

AB 846 will require law enforcement agencies to determine whether prospective officers have biases against race, gender, religion, disability, sexual orientation and other characteristics in an effort to proactively eliminate discrimination.

The bill will also require agencies that hire peace officers to review job descriptions and make changes to those descriptions that  "deemphasize the paramilitary aspects of the job" and emphasize "community interaction and collaborative problem-solving."

Additionally, AB 1950 aims to decrease California's probation population of more than 300,000 by 33 percent by authorizing courts to impose probation terms that do not exceed two years and save more than $2 billion in juridical, probation and operational expenses.

The governor signed a number of other bills, as well, including AB 3121, which will establish a nine-member task force of scholars to study and develop reparations proposals for African Americans to "advance the conversation of reparations and develop ideas for how to overcome implementation challenges."

"You know, I always take the hard things in life, and that's what I do because it's important," California Assemblymember Shirley Weber, a Democrat who authored AB 3121 and other legislation, said during a press conference, according to 4WWL. "After spending 40 years as a professor and a founder of Africana Studies at San Diego State, I know the importance of reparations, the importance of history, of getting our information correct, and basically moving California forward."