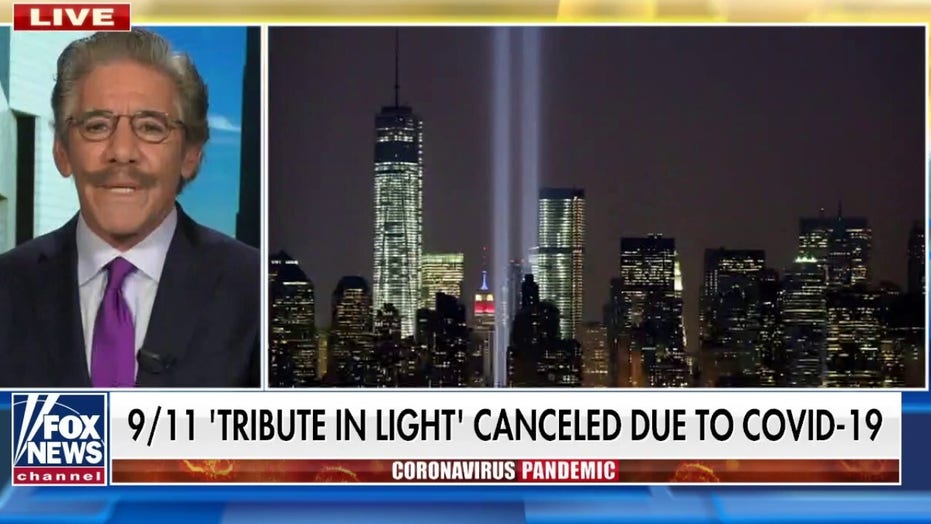 After the 9/11 "Tribute in Light" was canceled due to the coronavirus pandemic, Fox News correspondent-at-large Geraldo Rivera told "Fox & Friends" he thinks the decision has more to do with the "symbolism" of sticking it to President Trump.

Rivera called it the "saddest story" Friday after the 9/11 Memorial and Museum said on its website that the iconic memorial display honoring victims of the terror attacks will not shine this year because of health risks.

"This is like the Biden-Harris commandment that everybody regardless of state or rural, suburban, urban, regardless of setting has to wear a mask when in public," Rivera said.

The annual Tribute in Light appears over lower Manhattan on Sept. 11, 2017 as seen from Jersey City, N.J. (Photo by Gary Hershorn/Getty Images)

"It has the stink of let's stick it to the president and make life as grim as we possibly can and then try to saddle Donald Trump with the responsibility for it," Rivera added. "It's the harshest kind of partisan politics that you could possibly imagine."

The decision to cancel the "Tribute in Light" memorial comes after the museum also scrapped the in-person reading of 9/11 victims' names at the annual Ground Zero ceremony.

"The fact that they have abandoned that noble project for 9/11 is kind of a surrender in New York City, a giving up of the things that made the city great are suddenly disappearing," Rivera said. 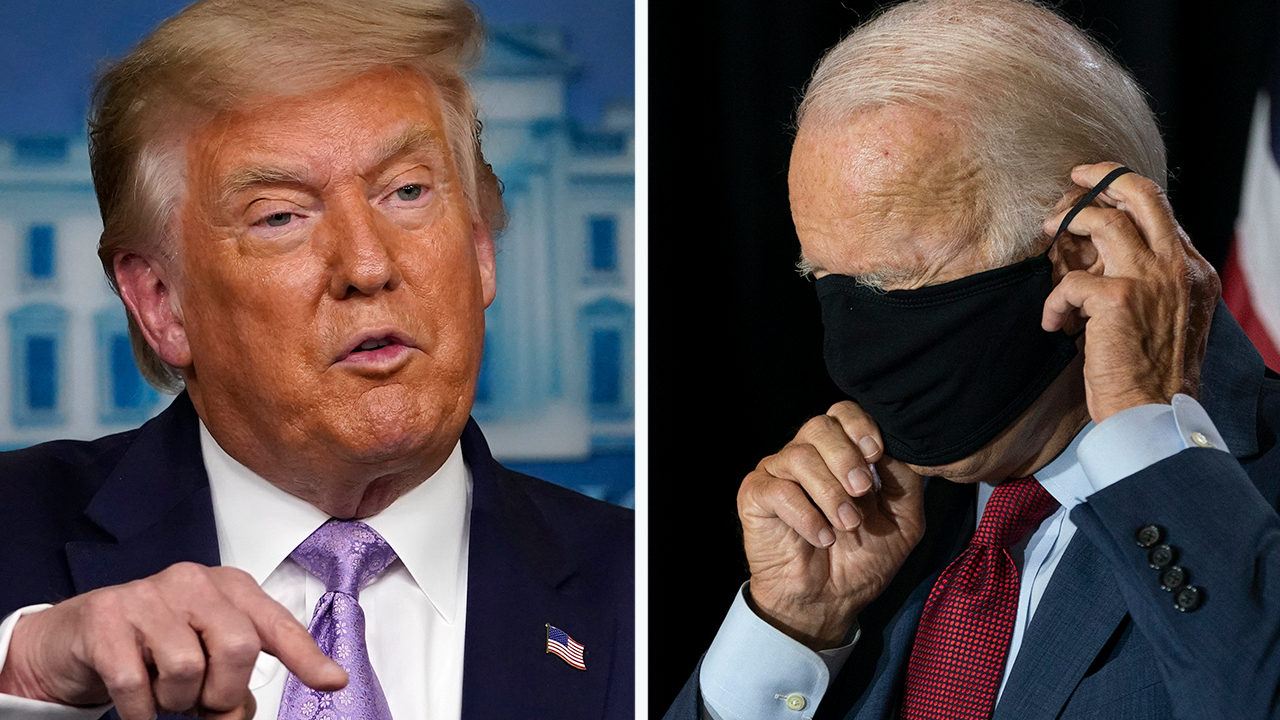 "This is part and parcel of the urban America surrender that I think is part politics and I think the politics part of it stinks. You have to get rid of that. Let's clear the air, let science talk, and stop doing the, you know, these flamboyant gestures that are truly designed to stick it to the president of the United States."

A new plan dubbed the "Tribute in Lights" will feature buildings across the city lighting up their facades and spires in blue on Sept. 11 this year, and the nonprofit, The Tunnel to Towers Foundation, announced it will hold its own separate ceremony where select family members of 9/11 victims will read the names of their loved ones, the New York Post reports.

The annual reading of the names of 9/11 victims at Ground Zero will not take place this year. Instead, a recording of past readings will be played, The Post reported.

Caleb Parke is an associate editor for FoxNews.com. You can follow him on Twitter聽@calebparke