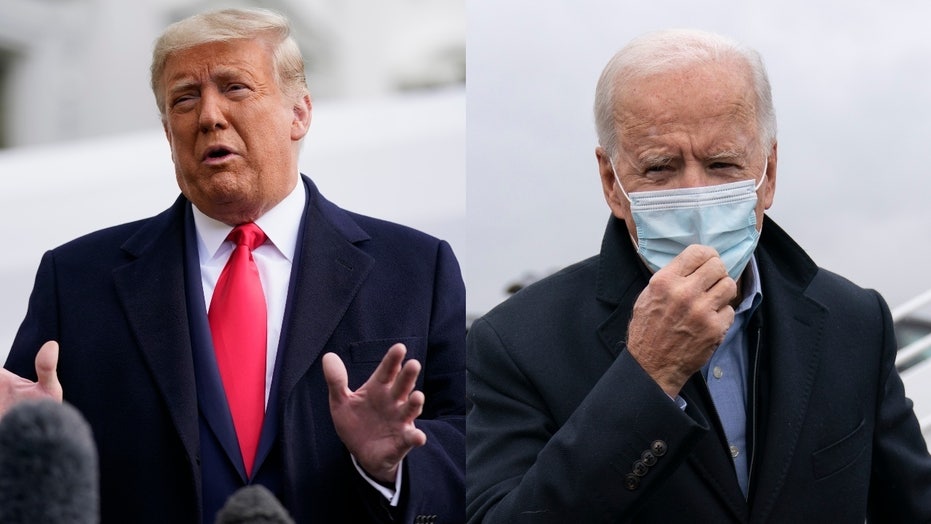 Whose message is resonating with Hispanic voters in Florida?

With Election Day less than 100 hours away, President Trump and his Democratic rival Joe Biden are set to swing through crucial battleground states that may determine the outcome of the presidential race.

A USA Today/Suffolk poll released Thursday shows Biden with a comfortable 8 percentage point lead nationally, but the race is much tighter in the key swing states candidates need to win to reach 270 electoral votes.

Earlier in the week, Biden expressed confidence in his odds of winning Michigan and Wisconsin — part of the "blue wall" that Trump knocked down in 2016 — and indicated he saw a path to victory in Iowa with the last-minute campaign trip. Trump won Iowa by more than 9 percentage points in 2016, but a New York Times-Siena College poll released last week shows Biden up by 3 points.

“I am not overconfident about anything,” Biden told reporters on Monday. “I just want to make sure we can earn every vote possible.”

The Friday events come on the heels of the candidates' dueling campaign events in Florida. With 29 delegates up for grabs, the Sunshine State is one of the biggest prizes on Election Day. Trump defeated Hillary Clinton by 1.2 percentage points in Florida four years ago; if he loses it on Tuesday, his path to reelection would be considerably more difficult.

A new NBC News/Marist poll shows Biden with a slight 4-point lead over Trump in the marquee state.

So far, more than 82 million Americans, have cast early in-person and mail-in ballots, according to data compiled by the U.S. Elections Project at the University of Florida. That's more than half of the overall turnout in 2016.

Friday marks the beginning of the crucial final stretch of the campaign for the candidates. Trump has nearly a dozen events scheduled in the final 48 hours in states that he won in 2016, including three stops in Pennsylvania on Saturday. Biden, meanwhile, will head to Michigan on Saturday, where he'll hold a joint rally with former President Barack Obama.

In the final leg of the campaign, Biden is seeking to frame the battle for the White House as a referendum on Trump's response to the coronavirus pandemic. The candidate, following a virtual briefing from public health officials, delivered a speech from Wilmington, Del., on Wednesday addressing the virus-induced crisis.

At the same time, Trump — who often holds more than one campaign rally per day and frequently visits more than one state on his whirlwind tour of the country — spent the day campaigning in Arizona with a pair of in-person rallies.

“Biden and the Democrat socialists will delay the vaccine, prolong the pandemic, shutter your schools and shut down our country,” Trump told attendees in Goodyear, Ariz. “And your state is open, right? Your state is nice and open.”

The virus has infected more than 9 million Americans and killed 228,675, the most in the world.

Trump, meanwhile, has tried to turn the election into a battle over the economy, painting himself as the only candidate who can help the pandemic-stricken nation fully recover.

On Thursday, the Commerce Department said that gross domestic product, the broadest measure of goods and services produced across the economy, surged by 33.1% on an annualized basis in the three-month period from July through September, a record-shattering pace.

The economy contracted at an annual revised rate of 31.4% in the previous quarter, the sharpest decline in modern American history. Looking at the quarterly data, the nation's GDP grew 7.4% from the second to the third quarter, compared with a 9% decline between the first and second quarters.