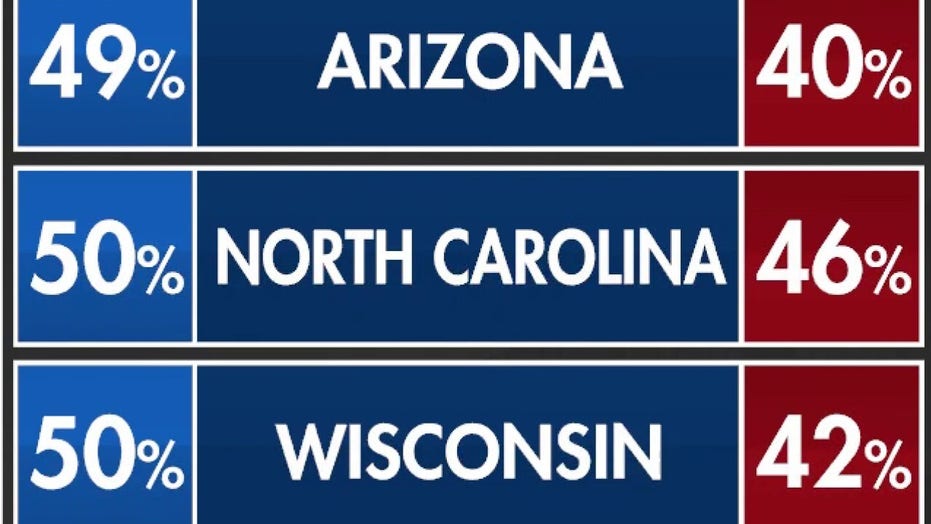 A new poll in the biggest of the general election battleground states shows the race for the White House all tied up between Democratic presidential nominee Joe Biden and President Trump.

With less than 2 months until Election Day on Nov. 3, Biden and the president are deadlocked at 48% among likely votes in Florida, according to an NBC News/Marist poll released on Tuesday.

The former vice president has a slight 1.4 point edge over the GOP Whit House incumbent, according to an average of the latest public opinion polls in Florida compiled by Real Clear Politics. Biden’s advantage over Trump stood at 6.2 points in the Real Clear Politics average at the start of August.

With 29 electoral votes, Florida is the biggest of the battleground states that will likely decide who wins the November election. Trump narrowly edged out 2016 Democratic nominee Hillary Clinton to carry the state four years ago. Then-President Barack Obama also won the state by razor-thin margins in 2008 and 2012.

The release of the poll, which was conducted Aug. 31-Sept. 5, comes as the president was in Florida on Tuesday to announce a decade long ban on oil drilling in the Atlantic Ocean off the coasts of Florida, Georgia, and South Carolina. The move reverses the Trump administration’s earlier pledge to keep those waters open to oil exploration.

The president’s approval rating in the poll stood at 47% approval and 48% disapproval.

The NBC News/Marist survey questioned 1,047 registered voters in Florida, including 766 likely voters, by live telephone operators. The survey’s sampling error for likely voters is plus or minus 4.5 percentage points.